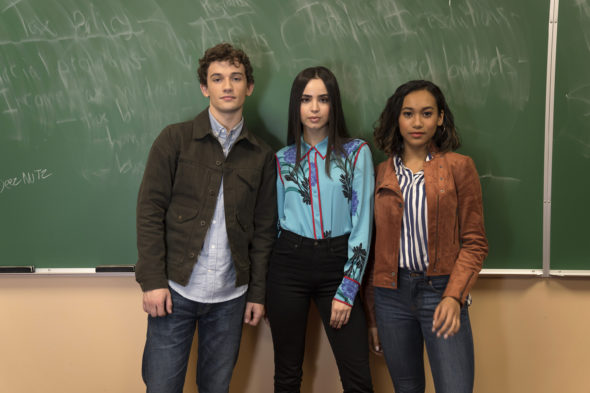 Are you a fan of Pretty Little Liars? Freeform just announced the premiere date for their upcoming spin-off TV show, The Perfectionists.

The drama is “set in the town of Beacon Heights, a seemingly perfect town where a group of three college friends struggle with the stress of being overachievers. In the aftermath of the town’s first murder, each Perfectionist hides behind a secret, a lie and an alibi.” The cast includes Sofia Carson, Sasha Pieterse, Sydney Park, and Eli Brown.

At today’s Television Critics Association Winter Press Tour, Freeform announced the premiere date of the highly anticipated spin-off series “Pretty Little Liars: The Perfectionists.” As Freeform’s session came to end, the network lined up a group of women in iconic red trench coats to pay homage to the groundbreaking series that defined a generation. “Pretty Little Liars: The Perfectionists” will premiere on WEDNESDAY, MARCH 20 at 8:00 p.m. EST/PST.

Everything about the town of Beacon Heights seems perfect, from its top-tier college to its overachieving residents—but nothing in Beacon Heights is as it appears to be. When the high- stakes environment pushes the residents to a breaking point, someone snaps and kills someone. As they work together to solve the murder mystery, it soon becomes clear that behind every Perfectionist is a secret, a lie—and a needed alibi.

What do you think? Do you enjoy mystery dramas? Will you watch The Perfectionists?

Eagerly awaiting! Would you suggest watching the original beforehand?