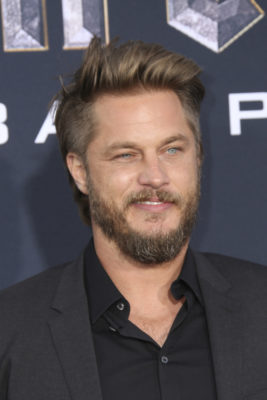 From Ridley Scott, the sci-fi drama “centers on two androids — Father and Mother — tasked with raising human children on a mysterious virgin planet. As the burgeoning colony of humans threatens to be torn apart by religious differences, the androids learn that controlling the beliefs of humans is a treacherous and difficult task.”

On Raised by Wolves, Fimmel will be playing Marcus. TNT has not yet announced a premiere date for the series.

What do you think? Are you a sci-fi fan? Will you watch Raised by Wolves?

Missed Travis Fimmel since he died on the Viking. Anticipating his role in the new sci- fi series Raised by Wolves” on TNT. Like Ridley Scott films.

Yes I will definitely watch it. I love who you picked to star in it. I loved him in the Vikings