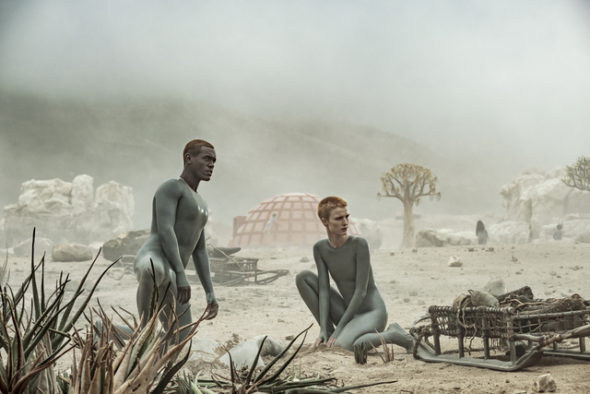 The TV show revolves around two androids, Mother (Collin) and Father (Salim), who are assigned to raise human children on a mysterious virgin planet called Kepler-22b, after the Earth has been destroyed in a great war.

As the burgeoning colony of humans threatens to be torn apart by religious differences, the androids learn that controlling the beliefs of humans is a treacherous and difficult task.

Series Finale:
Episode #18 — Happiness
Grandmother reveals her own agenda, Marcus seeks revenge, and Mother sets out to neutralize the serpent – but is leveled by the fallout.
First aired: March 17, 2022.

What do you think? Do you like the Raised by Wolves TV show? Do you think it should have been cancelled or renewed for a third season?

Really? Cancelled? *sigh* something different and of course gets the ax.

When can we expect S2 to start?