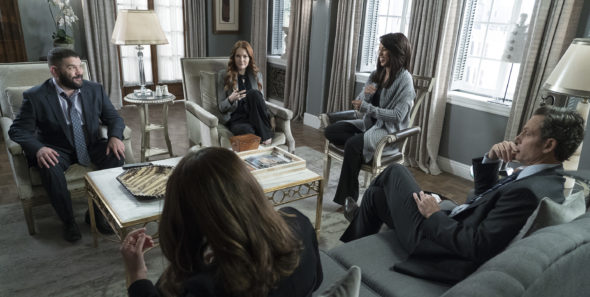 It’s all over but the shouting. Below, watch the new featurette video for the Scandal TV series finale, airing on ABC tonight at 10:00pm ET/PT. The seven seasons of Shondaland’s Scandal come to an end in episode 7.18, “Over A Cliff.” Clocking in at a minute and 22 seconds, the Scandal series finale promo features the cast teasing the final events of the series. After the finale, Jimmy Kimmel will host a Scandal after-show on Jimmy Kimmel Live, with the cast and Shonda Rhimes, as well as a Chaka Khan musical performance.

The series finale, “Over A Cliff,” will air that evening (10:00–11:01 p.m. EDT). The episode marks the culmination of Olivia, Mellie, Fitz and the Gladiators’ journey as we know it. With the existence of B613 exposed to the world, the Gladiators make the ultimate sacrifice in order to take down Cyrus and Jake – but how far will they go to get justice?

“Over A Cliff” was written by Shonda Rhimes and directed by Tom Verica. 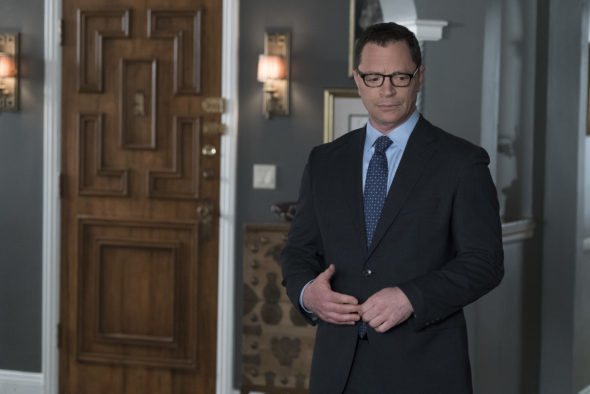 What do you think? Are you a fan of the Scandal TV show? Are you looking forward to the TV series finale? If it were up to you, would Scandal be cancelled or renewed for season eight on ABC? Sound off, in the comments.

I thought I wouldn’t mind if it ended, but I do ! I liked the show, to bad Cyrus didn’t drink the drink ! It will be strange on Thursday night for me. I will miss it !