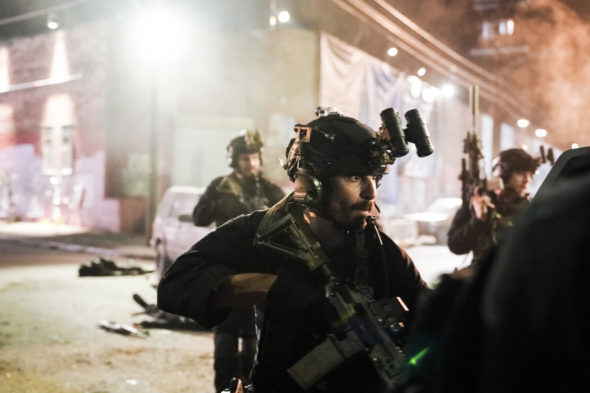 Season five of SEAL Team is coming to CBS next week, but it won’t be on the network schedule for long. The show will air for four weeks on both CBS and Paramount+. It will then become a Paramount+ exclusive and the fifth episode will be made available immediately on the streaming service following the fourth episode’s conclusion.

The season premiere airs on CBS on October 10th, and the final CBS episode airs on October 31st. Per TV Line, Spencer Hudnut, the showrunner of the military drama, said the following:

“We’re going to go out with a bang for sure, and then start [on Paramount+] with an even bigger bang.”

The following was revealed about the start of the season in a press release:

“Season 5 of SEAL Team picks up where Season 4 left off with all of Bravo working on themselves and their home life. Bravo team will have to find their own personal sanctuaries as the war on terror enters its 3rd decade.”

What do you think? Are you planning to stick with SEAL Team when it moves from CBS to Paramount+?

Will not watch anymore

Loved Seal Team. But I can’t afford to pay for anymore. I’m kind of resenting CBS right now for seeing us as $ instead of as viewers. With so much to watch on Netflix, Hulu, etc., I’m sure I can find something to take the place of Seal Team. And maybe any other CBS shows that they pull this scrap with.