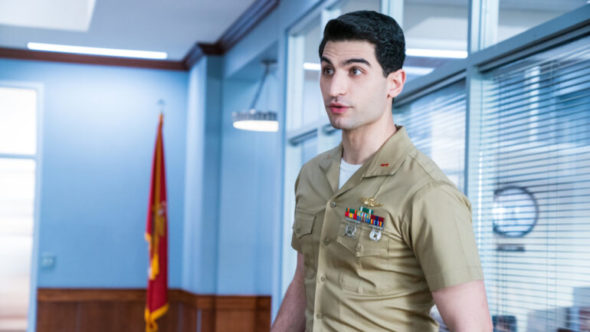 SEAL Team has added a new series regular to its cast for season six. Raffi Barsoumian (The Code, DC’s Legends of Tomorrow) is joining David Boreanaz, Max Thieriot, Neil Brown Jr., AJ Buckley, and Toni Trucks on the drama which follows the lives of a Navy SEAL team. Though Thieriot is remaining with the series, he may not be seen as often since he will be starring in the new Fire Country drama on CBS this fall.

Deadline revealed the following about Barsoumian’s role in the series:

“Barsoumian will play Omar, a Senior Chief with fifteen years of experience as a SEAL. The son of Syrian immigrants, Omar has a deep understanding of the Middle East, and calls upon that knowledge to help navigate missions in the region.”

The actor also announced his addition on his Instagram.

Paramount+ will announce the premiere date of SEAL Team season six at a later date.

What do you think? Are you excited to see this new addition on SEAL Team?

Very excited for the season to start, hope the date is announced soon.

Yes this is exciting to see a new cast member, especially from another show that I have watched. Now if they would just add Parker Young from United States of AL and the Enlisted!