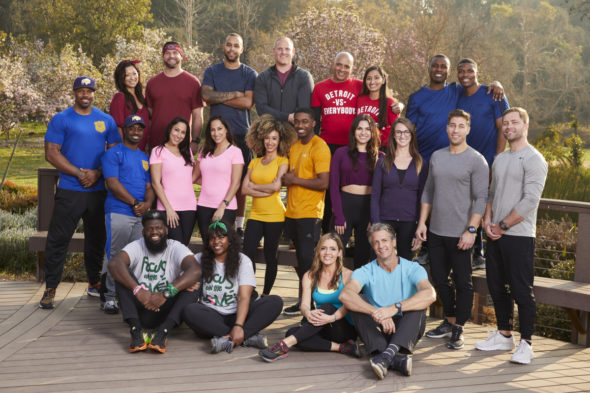 How long before Phil and new competitors can hit the road again? Has The Amazing Race TV show been cancelled or renewed for a 34rd season on CBS? The television vulture is watching all the latest cancellation and renewal news, so this page is the place to track the status of The Amazing Race, season 34. Bookmark it, or subscribe for the latest updates. Remember, the television vulture is watching your shows. Are you?

Airing on the CBS television network, The Amazing Race TV show is hosted by Phil Keoghan. The competition features 11 pairs of contestants racing around the world in pursuit of a million-dollar prize. In season 33, the globe-trotting teams began their adventure in January 2020, had to stop during the pandemic (the longest pit-stop ever), and resumed in Fall 2021. In their travels, they visit places like London, Scotland, Switzerland, France, Greece, Portugal, and Los Angeles. Contestants in season 33 are Akbar Cook Sr. and Sheridan Cook; Anthony Sadler and Spencer Stone; Arun Kumar and Natalia Kumar; Caro Viehweg and Ray Gantt; Connie and Sam; Kim and Penn; Marianela “Lulu” and Marissa “Lala”; Michael Norwood and Armonde “Moe” Badger; Raquel Moore and Cayla Platt; Ryan Ferguson and Dusty Harris; and Taylor Green-Jones and Isaiah Green-Jones.

The 33rd season of The Amazing Race averaged a 0.60 rating in the 18-49 demographic and 3.73 million viewers. Compared to season 32, that’s down by 11% in the demo and up by 4% in viewership in the live+same day ratings (including DVR playback through 3:00 AM). While these numbers don’t include further delayed or streaming viewing, they are a very good indicator of how a show is performing, especially when compared to others on the same channel. There can be other economic factors involved in a show’s fate, but typically the higher-rated series are renewed and the lower-rated ones are cancelled. Find out how The Amazing Race stacks up against other CBS TV shows.

Will CBS cancel or renew The Amazing Race for season 34? Thanks to COVID-19, there was a big gap between seasons 32 and 33 of this competition series. I suspect that Amazing Race will be renewed for a 34th season but, due to the ups and downs of the pandemic, it may be a while before it can be filmed safely. I’ll update this page with breaking developments. Subscribe for free alerts on The Amazing Race cancellation or renewal news.

What do you think? Are you glad that The Amazing Race TV show has been renewed for a 34rd season? How would you feel if CBS had cancelled this TV series, instead?

It definitely should continue into Season 34. It is a great show that goes to interesting locations and spotlights how inventive the contestants can be. I never miss an episode.