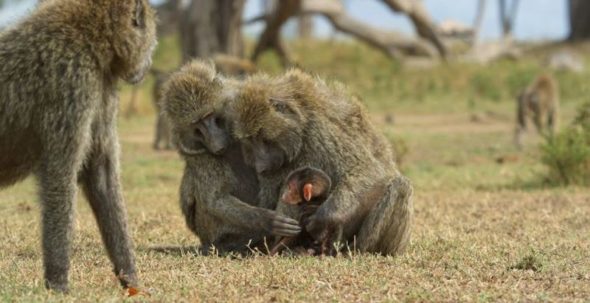 Get ready to travel once again to the Serengeti in Africa. Season two of the wild animal series is coming soon to the Discovery Channel. New episodes, narrated by Lupita Nyong’o, will arrive next month.

“This summer, Discovery journeys back to the vast, nearly untouched plains of Tanzania revisiting some of our favorite faces and meeting new ones along the way in SERENGETI II. The ground-breaking series highlights the majestic animals who call the Serengeti their home and their day-to-day lives living together. Created and produced by Emmy®-winner Simon Fuller (American Idol, So You Think You Can Dance) and directed and produced by Emmy®-winning wildlife filmmaker John Downer (“Penguin: Spy in The Huddle”), the continuation of the six-part series gives unrivaled access to one of the most pristine and unspoiled corners of Africa. Featuring a lush original score and narrated by Academy Award®-winning and Emmy® nominated actress Lupita Nyong’o, the revolutionary series follows the heartwarming stories of a cast of African wildlife including lions, zebras, baboons and cheetahs over the course of a year, showcasing the dramatic moments that make each day of survival on the Serengeti a feat.

The upcoming season premieres on Sunday, July 18 (episode 1 at 8pm ET/PT and episode 2 at 9:00pm ET/PT). All six episodes will be available on discovery+ on July 18th. Viewers can join the conversation on social media by using #SerengetiII and following Discovery on Facebook, Instagram, TikTok, and Twitter for the latest updates.

It is the following year, and many of our loveable familiar faces are back – Kali, Sefu, Nalla, Tembo, Bakari and Shani – are living their lives in their beautiful world. And as the world turns, so does the circle of life as we are introduced to Aiysha, daughter of season 1’s KiKay and her cubs along with Shani’s stallion Punda, the leader and protector of the family and father to all of the babies.

Fuller and Downer continue their collaboration on the second season of SERENGETI and have welcomed the entire team back including composer Will Gregory and serene storyteller Lupita Nyong’o. Their work captures the experience of Africa’s unimaginable beauty with its equally unforgiving brutality, highlighting daily challenges of life on the Serengeti.

SERENGETI is made by XIX Entertainment and John Downer Productions. It was commissioned for the BBC by Jack Bootle, Lead Commissioning Editor. BBC Studios is distributed globally.”

What do you think? Do you plan to watch Serengeti season two to on the Discovery Channel? Did you tune in for the first season?

I bought the whole season based on the first season which was excellent. This second season is enough to put you to sleep or turn it off, which I did. My God and all that Music!!!. It is a documentary not a musical. And no real observations or commentary just a fluff piece and I hate it but now I have it

They showed 1 episode & then nothing else, why

I watched Serengeti I and was anxious to see S-II. However I was not pleased when it was not shown on the discovery channel. Please show it soon.

Is Serengeti 2 only available on discovery +? That’s messed up discovery channel.

I certainly did watch season one! Only saw two episodes for the second season I cannot seem to find it on my discovery channel.

Yes, where are the rest of the Episodes to Season 2? I thought maybe they were postponed due to the Olympics, but you can’t even find the Season 2 episodes 1&2, in Xfinity OnDemand. What’s up? And Discovery customers shouldn’t have to view it on Discovery 2, which costs more money to add on your cable service.

I watched episode 1 and 2 on Discovery on 7/18 and can’t find episode 3? When will the other episodes be available on Discovery?