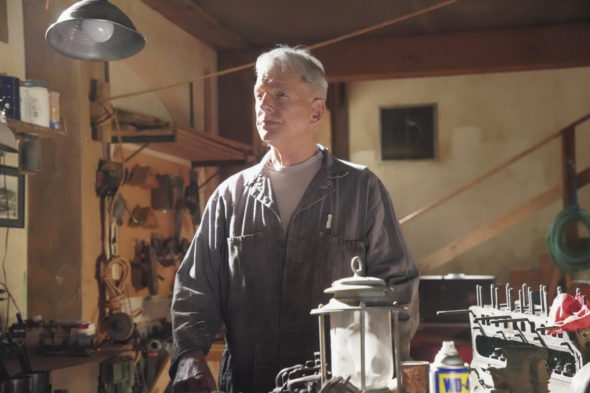 Season 19 of NCIS is coming to CBS in the fall but there are some big changes ahead. The long-running series will be airing on a new night and it looks like there will be fewer appearances by star Mark Harmon.

Harmon will only appear in a small number of episodes in ‘the low single digits,’ per TV Line. The series is looking to pick up someone to fill in the void by the lack of Harmon and Gary Cole is a possibility. The most recent season seemed to set up a reduced role for Harmon. His Gibbs character had been suspended by NCIS indefinitely and his boat was blown up with him on it (though you could see Gibbs swim away).

As for the time slot change, NCIS has aired on CBS for its previous 18 seasons. The series will now air on Monday nights. Kelly Kahl, CBS Entertainment president, said the following about the night change, per The Hollywood Reporter:

“I look at it as a forward-looking move. Putting franchises together as we’re doing with FBI is certainly one way people enjoy watching TV these days, especially linear TV. It works, and it’s not new to us because we’ve used our franchises to launch other franchises over the years. So this move of NCIS to Monday lets us take a night that was doing OK but now kind of supercharge it. Dropping the number one scripted show on TV in the middle of a Monday night makes it an extremely strong night, and it gives us a chance to launch another piece of the franchise in NCIS: Hawai’i.”

What do you think? Are you excited to check out a mostly Harmon-less season 19 of NCIS on CBS?

Love NCIS! Best show ever. Love all the character’s especially Gibbs. Have been watching since the beginning. Loved NCIS Hawaii so sorry to see those guys
go. Loved NOLA miss them too.
Momentum flow great.

What in the Hell is wrong with Management at CBS. Take the NUMBER ONE DRAMA IN THE WORLD & SCREW WITH ITS TIME SLOT AND AIR DAY. THE STUPIDITY at CBS is Appalling. What a FOOLISH, UNWARRANTED, ILLOGICAL & COSTLY DECISION. The Decision maker & the support team all need to be FIRED❗️“IF IT AIN’T BROKE DON’T FIX IT” AND IF THE RATINGS DROP CBS WILL ONLY HAVE ITSELF TO BLAME. Mark Harmon must be laughing at such FOOLS.

It’s really not going to be the same at all! I’ve always watched Gibbs on Tuesday nights & moving it Monday nights will be hard for me to remember! No, I’m not looking forward to NCIS without Gibbs

So sad. Another show that is biting the dust. NCIS NO and NICS were both my favorites. First, they canceled NCIS NO now they are setting up NCIS to be a soon-to-be-canceled show because they won’t get the viewership they have had in the past. I just wish Networks would quit messing with a good thing.

I’ve been advocating a change in NCIS for some time with Tim in charge and the old guard (Gibbs, Ducky and Leon moved somewhere else). I am tickled Emily Wickersham has left and I would be okay with Valderama leaving as well, giving us a fresh new team.
Now, before you hate me, I also advocated for Tony and Ziva to leave and form a spin off Hart to Hart style program. Call it NCIS Internacionale, then have Robert Wagner hang around for old time’s sake. That would have been a lot of fun.