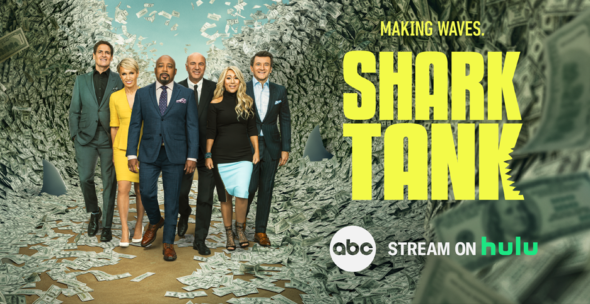 The Shark Tank series has been a solid performer for ABC in the ratings, for more than a decade. It draws viewers on Friday nights (when network viewership is low) and can be used to fill empty spots in the schedule as needed. Though the series is produced by an outside studio, Shark Tank is still likely a good financial deal for the network. Could Shark Tank be cancelled, or is it sure to be renewed for season 15? Stay tuned.

A business-themed reality series, the Shark Tank TV show follows company owners and inventors as they seek investments from a group of savvy, wealthy investors who are “self-made” tycoons. The regular “sharks” are Robert Herjavec, Kevin O’Leary, Barbara Corcoran, Daymond John, Mark Cuban, and Lori Greiner. The sharks offer everyday people a shot at the American dream and the possibility of striking business deals to grow their companies beyond their wildest dreams. Guest “sharks” in season 14 include Emma Grede, Gwyneth Paltrow, Peter Jones, Daniel Lubetzky, Kendra Scott, and Tony Xu.

What do you think? Do you like the Shark Tank TV series on ABC? Should it be cancelled or renewed for a 15th season?

Absolutely must be renewed. I am often busy on Friday nights but I watch after on Hulu or via vdr.