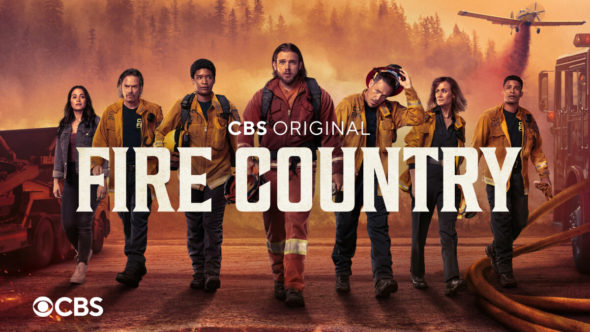 CBS has lots of procedural series, but unlike ABC and NBC, the network doesn’t have any firefighter dramas — until now. Will viewers take to this new Friday night show? Will Fire Country be cancelled or renewed for season two? Stay tuned.

A drama series, the Fire Country TV show stars Max Thieriot, Billy Burke, Kevin Alejandro, Diane Farr, Stephanie Arcila, Jordan Calloway, and Jules Latimer. In the story, Bode Donovan (Thieriot) is a young convict seeking redemption and a shortened prison sentence. He joins a prison release firefighting program in Northern California. and it’s a high-risk, high-reward assignment. Bode is unwittingly assigned to Three Rock Con Camp, which is located in his small hometown of Edgewater. That’s where he was once a golden all-American son and also where his troubles began. Five years ago, Bode burned down everything in his life and left town with a big secret. Now he’s back, with the rap sheet of a criminal and hoping for a chance at redemption.

What do you think? Do you like the Fire Country TV series on CBS? Should it be cancelled or renewed for a second season?

Fire Country is awful. Firefighters talking while everything burns. So stupid that that our family only watched so we could make fun of it. After a few episodes we even grew tired of doing that.

This show is a dud with cheesy lines throughout the entire thing. There is a reason the real CalFire disavowed this show and wanted nothing to do with it.

Great show. So glad I gave it a chance. Love the actors.

I liked the main actor when he is in Seal Team. The show is OK and would have to watch a few more episodes to give it a rating.