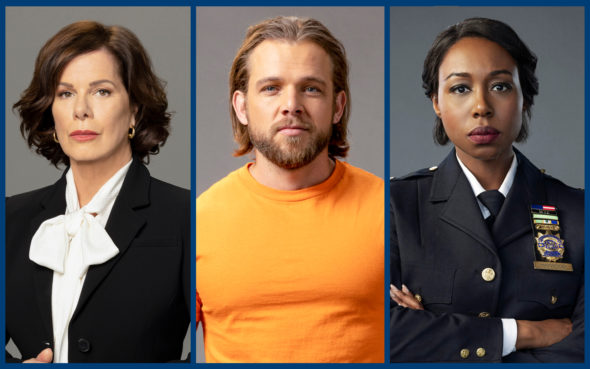 CBS has given orders for additional episodes of all three of the network’s new scripted shows — So Help Me Todd, Fire Country, and East New York  — after just two or three airings. It’s unclear how many episodes have been ordered for each of the series, but the network’s full-season orders for dramas are typically 20-22 episodes.

CBS has given full season orders to this year’s three most-watched new series on any network: FIRE COUNTRY, EAST NEW YORK – which is also the #1 new show among African-American viewers – and SO HELP ME TODD.

“CBS is off to a tremendous start this season,” said Kelly Kahl, president of CBS Entertainment. “We are thrilled to have the three most-watched new series, each with their own unique settings, characters and storylines. These dramas are elevating our already successful lineup, resonating with diverse audiences both on-air and on streaming, and continuing to grow each week.”

Kahl also added, “We thank the talented casts, executive producers and their incredible writing and production teams for bringing these shows to life. Additional kudos to our CBS programming teams for shepherding these series to success. We are delighted to give them well-deserved full season orders.”

FIRE COUNTRY is the 2022-2023 season’s #1 new series, averaging 8.26 million viewers to date and beating its closest competitor in the time period each week by +3 million viewers. The series’ premiere on Oct. 7 delivered CBS’ best seven-day audience for a series in the time period since May 8, 2020. Seven-day streaming on Paramount+, CBS.com and the CBS app is up +245% from MAGNUM P.I. last year, based on average minute audience. Since its premiere on Paramount+, FIRE COUNTRY has ranked as the #1 new series and is in the top 10 overall based on viewership (10/7-10/16).

EAST NEW YORK is the #2 new series on any network, and Sunday’s #1 new program with 7.37 million viewers. The series is the #1 new show among African-American viewers and the #2 entertainment series among African-American viewers, second only to CBS’ THE EQUALIZER. Seven-day streaming on Paramount+, CBS.com and the CBS app is up 33% from the same time period last season. Since its premiere, EAST NEW YORK is among the most-watched TV series on Paramount+ based on viewership (10/2-10/16).

SO HELP ME TODD is the #3 new series on any network and is Thursday’s #1 new series with a time period-winning 6.48 million viewers. Also, since its premiere, the program is among the most-watched TV series on Paramount+ based on viewership (9/29-10/16).

About FIRE COUNTRY, EAST NEW YORK and SO HELP ME TODD:

What do you think? Have you checked out any of these new CBS dramas? Are you glad that the network has ordered additional episodes?

I like all three of them. Fire Country has gotten better each episode, and I like the cast. I hope it makes it. So Help me Todd is silly and fun, I like it a lot. East New York, another good cast, I like this too. I am always hesitant to watch a new series on CBS, they don’t waste time axing them. Hopeful for all three of these shows. Oh, P.S. Max Thieriot, doesn’t really have to say anything at all…

Look at the programing that follows these shows no wonder why they are where they are ! You can have only so many fire stories…be a short lived series

Have only watched almost two episodes of all…
So help me Todd – so far so good 🙂
East New York – Think i am going to like this.
Fire Country – I really like this show.. is very interesting as I slowly figure out the story.. just keeps getting more interesting as it goes 🙂

Hope others will feel the same 🙂

Love So Help Me Todd!

Really enjoy so help me Todd and East NY. Both are outstanding shows for everyone, as to the fire didn’t watch not interested in it.

U should watch it. That show is every interesting then the other shows that they made. And it’s good too. East New York is good too. I ever watched so help me told.