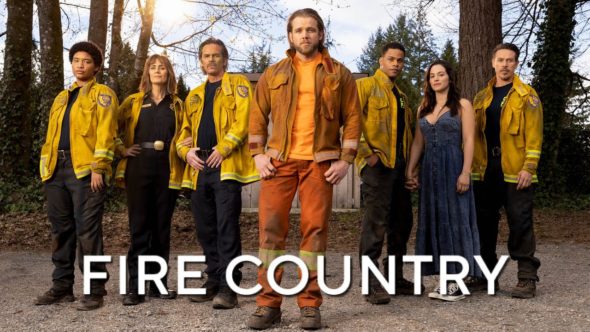 In the story, Bode Donovan (Thieriot) is a young convict seeking redemption and a shortened prison sentence. He joins a prison release firefighting program in Northern California, where he and other inmates are partnered with elite firefighters to extinguish massive, unpredictable wildfires across the region.

It’s a high-risk, high-reward assignment. Bode is unwittingly assigned to Three Rock Con Camp, which is located in his small hometown of Edgewater. That’s where he was once a golden all-American son and also where his troubles began.

Five years ago, Bode burned down everything in his life and left town with a big secret. Now he’s back, with the rap sheet of a criminal. The boss of Three Rock, Manny (Alejandro), reminds Bode that Cal Fire is an opportunity to either prove others wrong or right about him.

The local fire station is led by Vince (Burke), and he’s married to division chief Sharon (Farr). They share complicated chemistry, and Bode’s secrets threaten their hard-earned happiness. Firefighters Jake (Calloway) and Eve (Latimer) are best friends and trade life and dating advice in between emergencies. They’re also grieving the loss of a close friend.

What do you think? Do you like the Fire Country TV show? Do you think it should be cancelled or renewed for another season?

I’m willing to watch and see how the storyline develops. Max will need to up his acting skills and leave his Seal Team persona behind if he is to drive this series.

The show was ok. I liked the main character, but not sure about how the series will play out.