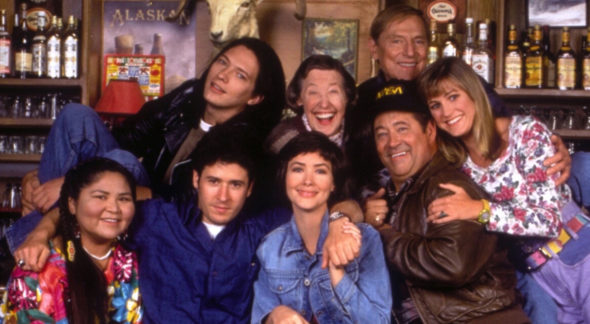 Are you a big fan of Northern Exposure? Deadline reports CBS is developing a revival with the TV show’s original cast and creators.

According to Deadline, Northern Exposure stars Rob Morrow and John Corbett are involved in the CBS revival along with co-creators John Falsey and Josh Brand.

The revival will reportedly center on “Dr. Joel Fleischman, played by Morrow, who returns to Cicely, Alaska, for the funeral of an old friend and finds a new set of quirky characters and reunites with old ones in this continuation of the classic series.”

What do you think? Have you seen Northern Exposure? Would you watch a revival?

Is this going to really happen? I have my doubts. I mean 2018 is the news story for this; been almost 4 years and nothing but silence.

If CBS won’t renew Northern Exposure cant another network pick it up for a revival with the same cast?

I love the show Northern Exposure and I would love to see a revival of it with the original characters. Hope CBS will renew!

One of the best, generating the most warmth and best memories. A great blending of Nature and many aspects of humanity, with lots of interactions within that complex. I’d love to see more like it. However, my opinion may be worthless, as I gave up TV soon after Northern Exposure ended. I’d need to see it online.

Was one of the best shows and fans would surely love to see them
back.

My family loved that show, and are still hoping and waiting for it to be rebooted, or at least shown in reruns.
Given what the world looks like today, we all think that the time is perfect for a show such as this. It was always well-acted, broached difficult topics often (enjoyably so), and we miss it.
My family, friends and colleagues would love it, for sure!

Yes, I definitely would watch it! I really liked the show.

Yes! Loved the original and would watch new series,

That would be awesome!

I ‘ve waited for years for Northern Exposure to return. Great show…ahead of its time! Can’t wait to see the continuation series!

That would be great! Love John Corbett and everything he does. Would be good to see Morrow again too. I’d be an avid watcher again.

We were sorry when this show went off the air because the whole family enjoyed it. It had a great cast of characters and some refreshingly offbeat storylines. We’ll definitely watch a reboot. If the writing and acting are good, we’ll be happy to make it a favorite again.

Loved Northern Exsposure, it was a show I watched every week. I sure would watch a revival show! Always have been one that looks forward to reunions!

Definately would watch. It was a good show.