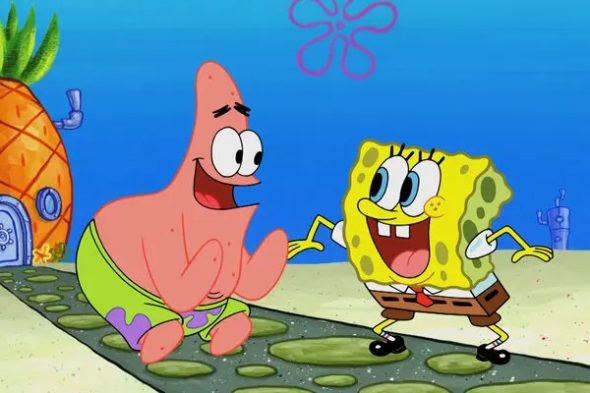 A SpongeBob Squarepants special is headed to Nickelodeon in 2023. A crossover event featuring characters from SpongeBob Squarepants, Paramount+ prequel Kamp Koral, and spin-off The Patrick Star Show was originally scheduled for November 25th but has now been pushed back until early 2023.

Titled SpongeBob SquarePants Presents The Tidal Zone, the special will take viewers on a multidimensional adventure through Bikini Bottom. Tom Kenny, Bill Fagerbakke, Rodger Bumpass, and Clancy Brown are among the voice actors heard in the three shows.

Nickelodeon revealed more about the crossover event in a press release.

SpongeBob SquarePants Presents The Tidal Zone is a journey into an hour of television where two dimensions can become three, and French divers can wear black ties. Observe a tale of both comedy and caution, of satire and stupidity. Minds may switch, bodies may shrink, and robots may rise in… ‘The Tidal Zone.’

A new airdate for the crossover special will be announced later. In the meantime, here’s a sneak peak:

What do you think? Are you excited to see this SpongeBob event in 2023?