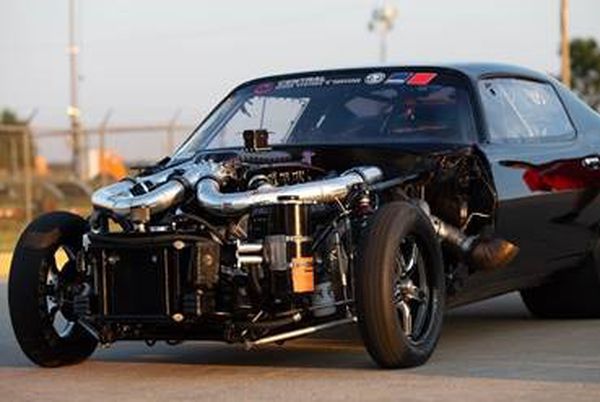 Street Outlaws is returning to Discovery Channel with brand new episodes soon, and the crew is hitting the streets with the original OKC. A preview has also been released for the new season.

Discovery Channel revealed more about the upcoming episodes in a press release.

“Oklahoma’s Top Ten List has produced the fastest street cars in history. But when the 405 focused on dominating the track in No Prep Kings, other street racers and their teams have risen to the top as they and their cars have gotten faster. Now, it’s a new era and the OG of the streets, Chief, has a plan to build this crew better…stronger…and faster. But they’ll have to push their cars – and themselves – harder than ever. No one can dominate the street like the 405. And to prove it, Chief drops a bombshell this season that will up the stakes of street racing in America forever.

While Chief is no longer the fastest – competitor Ryan Martin has that honor – he feels all of the 405 have gotten soft and taken their eye off of the street. To up the stakes for the 405, Chief proposes the most critical list shakeup ever, to allow the true cream to rise to the top. But it’s not going to be easy, because the OKC racers have put their cars and themselves through hell in order to dominate on the no prep track.

As the season begins, Chief and Shawn decide to go their separate ways, ending the biggest bromance in street racing history. But each of them has been dependent on each other for advice and technical support over the past 10 years…will this impact their racing during the most important season ever?

With more under the hood explorations and fun “daily driver” competition the all new season of STREET OUTLAWS highlights the OGs of the streets in some highspeed fast and furious racing.”

Check out the preview for the new season of Street Outlaws below.

What do you think? Are you a fan of the Street Outlaws TV Show on Discovery Channel? Do you plan to watch the new season?

Tried of JJ and Memphis. They are a good addition or supplement to OKC, but the OKC and Texas guys are what I want to watch. Bring back the list. Memphis has no list. It’s a little boring. NOLA was good filler but they lacked the chemistry.

Always watched Street Outlaws OKC, I’d even go as far as to say was my favorite show. Haven’t seen anything for 2 years now. No prep was ok but not as entertaining as the original show. The people are 50% of the shows appeal with the balance being content. I don’t watch any of it now, nothing to watch unless you want to watch a one sided show of the fastest area codes (less the fastest cars like the 405!). Can’t watch that anymore, I’m sure that guy has tennis elbow from patting himself on the back. Still hope the… Read more »

Yes we will be watching every single episode and we will see you in person in April at Bandimeer (providing Covid doesn’t shut us down again). The OG Street outlaws are definitely our favorites and we are excited to get back to the OKC racing in the streets again.

It would be interesting to know why everyone has to eliminate one another for the right to compete with the Memphis cars! What a scam. If your going to do a show make it real. I tuned out after the 1st few episodes.