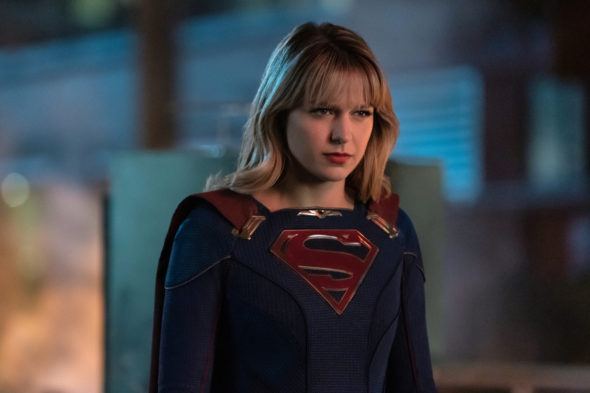 Supergirl is flying off into the sunset. The cast has wrapped filming the sixth and final season of the superhero series, which returns to The CW on August 24th. Some of the cast wrote about wrapping production on the series via social media.

Melissa Benoist, David Harewood, and Jesse Rath each shared a message with their followers.

Oh boy that was tough. Held it together right up until the end but there’s no superpower that can stop raw emotion. A big thank you to all the fans, for all the tweets and letters, all mightily appreciated. I’ll see you again sometime soon but for now, that a series wrap on me.🤟🏾

Today is the last day of #supergirl 💚 pic.twitter.com/EVGUaborhI

Viewers have had to wait longer than usual for the 20-episode sixth season. Benoist was pregnant at the wrap of season five, and she delivered late last year. Filming was also delayed due to the pandemic.

Supergirl aired five seasons on The CW after having aired one season on CBS. After an early crossover with The Flash performed well, the powers that be decided Supergirl joining the Arrowverse line-up on The CW would be a better fit.

It is not known if any of the characters from Supergirl will pop up on other Arrowverse shows in the future, like DC’s Stargirl or DC’s Legends of Tomorrow. Arrow ended in 2020 but a key character from that show recently appeared on Superman & Lois.

What do you think? Are you sad to see Supergirl end? Do you plan to watch the rest of season six on The CW later this month?

Show was destroyed when it turned into SJW feminism rah-rah and Supergirl whining about an alien president not being allowed to continue being president after being outed because she was female.

Supergirl was my favorite show. Melissa, Chyler, David and Katie were excellent. Melissa and Chyler’s sisterhood made the show. I think season one was the best. I think the writers for supergirl were not the greatest. With better writers this show could have soared. It will still remain my favorite show. Melissa I will always picture you as supergirl.

I agree with Rob. The producers destroyed Supergirl. I *loved* the first season, the second season a bit less, the third season was so-so. After that it was hit-and-miss. I still enjoyed it, but it didn’t have the same atmosphere to it as in the beginning. Throughout the series, though, the acting of all the main characters—Melissa Benoist, David Harewood, Chyler Leigh, Mehcad Brooks, Katie McGrath—was absolutely superb. I think Melissa deserves a second mention of that!

Whoever gave me thumbs down must’ve misread my comment. I said, I’m really going to miss it.

Please don’t give me thumbs down. I’m on your side.

We watched the producers take a good show and just destroy it. Don’t need storylines and such. Make the show about every marginalized social cause with their own character instead.