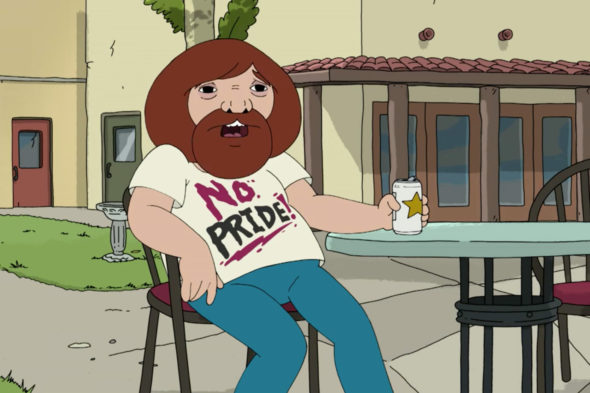 From executive producers Danny McBride and Jody Hill, the animated comedy is set at the Tierra Chula Resident Hotel, aka The Tarantula and follows “Echo Johnson (Carson Mell), a respected but uncertified tattoo artist who delivers absurd yet introspective monologues.”

Season one of Tarantula is available on TBS.com and the TBS app as of today, December 4th.

Check out the first episode and more info below:

Set at the Tierra Chula Resident Hotel, aka The Tarantula, the series centers on Echo Johnson (Mell), a respected but uncertified tattoo artist who delivers absurd yet introspective monologues. Echo’s poetic ramblings tell tales of misadventures with the other residents including Lucas (Dan Bakkedahl) the sci-fi writer and bread truck driver, Booty (Mell) the sensitive lead singer, and Bess (Lauren Weedman) a lady whose toughness was forged in the local honky-tonks. They partake in party crashing, dumpster diving, and other socially dubious acts of mischief. Riki Lindhome, Jacob Vargas, Steve Jones and Tati Gabrielle also lend their voice talents to the series.

This digital release is the latest innovative binge offering that TBS has provided fans since its rebrand, following season one of Angie Tribeca – which premiered in a 25-hour marathon – and Search Party – which aired its entire first season over Thanksgiving week.

“TBS is continuing to reimagine the viewing experience,” said Brett Weitz, executive vice president of original programming, “By releasing all ten episodes of Tarantula on the TBS app, we hope to engage fans who find the series as delightfully addictive as we do!”

“I started this show as a web series, a total labor of love, almost six years ago.” said Creator and Executive Producer, Carson Mell. “Since then, the world of Los Palicios, California and its oddball inhabitants has grown and grown in my head. I’m beyond excited to finally share Echo Johnson, and all his friends new and old, with the world in this new, more complete, way.”

What do you think? Are you a fan of animated comedies? Will you check out Tarantula?

I’ve started to get more into animated comedies lately, and discovered Tarantula when it first came out on TBS and really loved it. It’s a shame it wasn’t given a second season, although I suppose it’s such a personal and niche creation that it’s understandable why it didn’t catch on like bigger animated shows. I’m grateful it was created at all because the morals it conveys and odd ball nature makes it a unique and valuable show. Thank you Carson Mell for Tarantula.