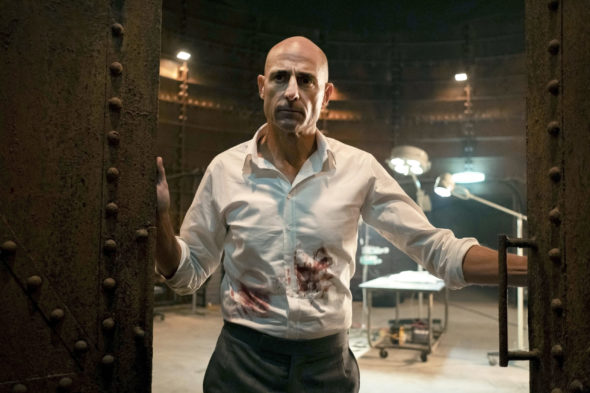 Temple now has its premiere date. The crime drama series will land on Spectrum’s On Demand next month. Viewers will be able to view the entire eight episode season in its entirety ad-free in one binge, if they so choose. The series stars Mark Strong, and it was a hit in the UK before making its way across the Atlantic.

Spectrum revealed the following about the series in a press release. Check that out below.

In this character-driven drama, a brilliant but haunted surgeon, Daniel Milton (Mark Strong), sacrifices everything for love when he opens an illegal medical clinic in the network of tunnels beneath London’s Temple subway station. When word of the clinic starts to spread among outcasts and the criminal underworld, Daniel becomes entrenched in dangerous battles between life and death — and one for his very soul.

“I’m excited to be launching our show in the US with our partners at Spectrum,” exclaimed executive producer and star, Mark Strong. “We really hope audiences here love the show as much as they did in the UK!”

Check out a sneak peek for Temple below.