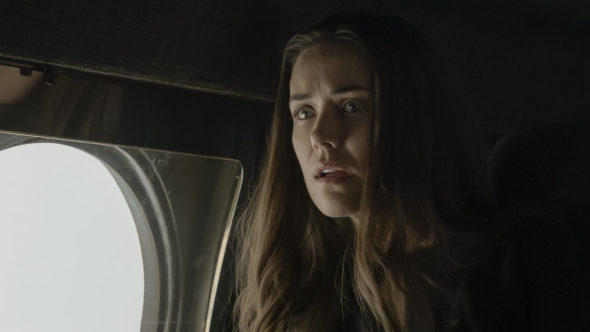 Viewers of The Blacklist will see a big exit in the eighth season finale later this month. Star Megan Boone is departing the NBC drama, per Deadline. The decision for her to leave the series was made prior to the drama being renewed for a ninth season earlier this year.

Season eight has shown Boone’s character, Liz, complete her journey from FBI agent to criminal. She even landed on Red’s blacklist at No. 1. The news about Boone’s departure is not a complete surprise as her character has not appeared in eight episodes this season.

Boone will not exit before a lot of questions are answered, however. The final two episodes of season eight will give a lot of answers, including why Red entered Liz’s life years ago.

NBC will air the final two episodes of The Blacklist season eight on Wednesday nights (June 16th and 23rd), instead of in its normal Friday time slot.

What do you think? Are you a fan of The Blacklist on NBC? Are you shocked by Boone’s exit? Will you continue to watch the series during its ninth season?

Not my favorite character for sure. I will defiantly keep watching if they keep the great writing.

I watch it for James spaded so yes

I was completely surprised by the outcome. I loved her character! She is going to be missed. It’s going to be interesting on where it goes from here.