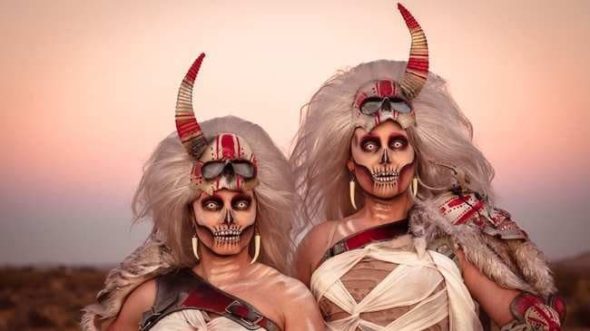 Fans of The Boulet Brothers’ Dragula received some good news ahead of its season finale.  Shudder has renewed the show for a fifth season. The supermonster drag competition series is currently the most-viewed series on the streaming service.

Shudder revealed more about the renewal in a press release.

“Shudder, AMC Networks’ premium streaming service for horror, thriller and the supernatural, announced today the renewal of the hit drag competition series The Boulet Brothers’ Dragula for a fifth season. The renewal comes ahead of the final two episodes of season four, with the finale, which will crown the world’s next drag supermonster and award the season’s $100,000 grand prize, debuting Tuesday, December 21. In the seven weeks since it premiered, The Boulet Brothers’ Dragula season 4 has been the most watched program on Shudder.

“We are so thrilled to be celebrating the monumental success of season 4 with our new partners at Shudder. It has been a roller coaster ride of a season, and we’re still overwhelmed with how engaged and passionate fans and critics have been all season long,” said The Boulet Brothers. “Season 4 is a real triumph for our team, but it’s only the beginning, and we can’t wait to share what we have planned next. We have such sights to show you!”

“We believed this new season would be something special, and The Boulet Brothers did not disappoint, delivering a wildly entertaining show that solidifies its hit status among a passionate and growing global fanbase,” said Craig Engler, Shudder’s General Manager. “We look forward to sharing these final season four episodes with audiences, as we crown a winner from a diverse roster of talented contestants and are delighted to continue our collaboration with The Boulet Brothers on a fifth season next year.”

Created, written and produced by series’ hosts the Boulet Brothers, the fourth season featured drag artists from around the world for the first time competing in challenges ranging from costume creation and makeup artistry to live performance and acting with the winner taking home a $100,000 grand prize, the largest in the show’s history. Season four followed a successful launch for the Shudder Original The Boulet Brothers’ Dragula: Resurrection, the innovative, two-hour film – part horror movie, part documentary and part reality competition – which was one of the service’s most watched premieres of 2020.

The Boulet Brothers’ Dragula is written, produced and co-directed by the Boulet Brothers, directed by Nathan Noyes and executive produced by David Sigurani. On behalf of Shudder, Executive Producers Craig Engler and Emily Gotto; Executive in Charge Nick Lazo and Producer Samuel Zimmerman. Season 4 is produced in association with OUTtv.”

What do you think? Do you watch this reality show? Are you excited about the fifth season return of The Boulet Brothers’ Dragula on Shudder?