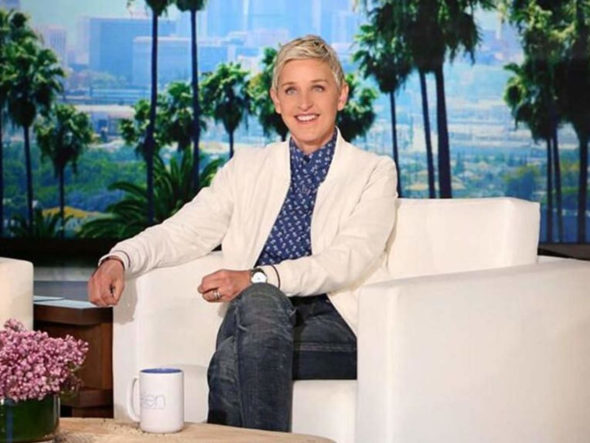 The current “Queen of Daytime Talk” is stepping down. It’s been announced that The Ellen DeGeneres Show is ending with its upcoming 19th season. The final episodes of the syndicated talk show will air in 2022. The final season will take the series well beyond the 3,000 episode mark.

DeGeneres has been mulling over ending the series for some time and, in 2018, it was reported that her wife, Portia de Rossi, had been encouraging her to step down from the 180 episodes-a-year series. She signed a three-year contract that would take her through the 2021-22 season and privately indicated that would be the end. The studio hoped that she would reconsider.

I was going to stop after season 16. That was going to be my last season and they wanted to sign for four more years and I said I’d sign for maybe for one. They were saying there was no way to sign for one. “We can’t do that with the affiliates and the stations need more of a commitment.” So, we [settled] on three more years and I knew that would be my last. That’s been the plan all along. And everybody kept saying, even when I signed, “You know, that’s going to be 19, don’t you want to just go to 20? It’s a good number.” So is 19. [Laughs]

DeGeneres also said, “When you’re a creative person, you constantly need to be challenged – and as great as this show is, and as fun as it is, it’s just not a challenge anymore.”

The host informed her staff of the decision yesterday and will discuss the news on her May 13th show with friend Oprah Winfrey. Winfrey was very supportive when DeGeneres came out on her Ellen sitcom in 1997.

“While we are disappointed, we are extremely supportive of Ellen’s decision to end her show next season,” Warner Bros. TV Group Chairman Channing Dungey. “Ellen once said that all she ever wanted to do was make people feel good and laugh, and she has accomplished that and so much more.”

Ending the series follows last year’s allegations that The Ellen DeGeneres Show was a toxic workplace. DeGeneres says that she learned about the situation in the press. An internal investigation was launched and several key executives were dismissed. The host opened the current 18th season with an apology, “I learned that things happen here that never should have happened. I take that very seriously. And I want to say I am so sorry to the people who were affected.” Many people viewed the season premiere but the ratings have seen a big drop since then.

Regarding the allegations, DeGeneres reflected:

So, there was an internal investigation, obviously, and we learned some things but this culture we’re living is [is one where] no one can make mistakes. And I don’t want to generalize because there are some bad people out there and those people shouldn’t work again but, in general, the culture today is one where you can’t learn and grow, which is, as human beings, what we’re here to do. And I can see people looking at that going, “You don’t care about what people [went through.]” I care tremendously. It broke my heart when I learned that people here had anything other than a fantastic experience — that people were hurt in any way. I check in now as much as I can through Zoom to different departments and I make sure people know that if there’s ever a question or ever anything, they can come to me and I don’t know why that was never considered before. I’m not a scary person. I’m really easy to talk to. So, we’ve all learned from things that we didn’t realize — or I didn’t realize — were happening. I just want people to trust and know that I am who I appear to be.

What do you think? Have you enjoyed watching The Ellen DeGeneres Show for all of these years? Will you be sorry to see it go?

I’m sorry to see her go but thats her decision. She always had us laughing.

Goodbye and don’t let the door hit you on the way out. I know I’m in the minority but I’m glad she will be let go.

Hi Ellen I watch your show every day you are so funny and do so much to help people I received a text saying I won a 1000 amazon gift card I don’t care about the card but people stink and I thought it was you. My daughter is gay and amazing it has always been her dream to go to your show I’m not asking.for anything but someone is using your good name to take advantage of people and that’s awful. Thank you for being you

I really liked watching this show but quit after hearing how she treated all her people. I hoped that wasn’t true! I always wanted to go on her show otherwise!

Wrong! Ellen’s show changed nearly everything and turned it into a knockoff of Jerry Springer’s old talk show. And the celebrity guests moved to guest host on Fox News, NewsMax, One America News or Fox Business. Yay!

Great show. Do I think she got a bad-rap YES! Being forced out YES!

She’s been on long enough and hasn’t been funny in a long time GET GOIN’!

Haven’t watch her long time too bad ending next year look forward watching weekly depends if have time or not.