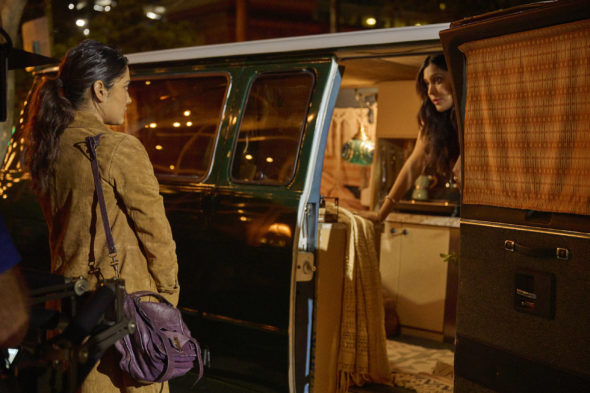 The Resident is turning into a family affair. Aneesha Joshi, the sister of series regular Anuja Joshi, joined the FOX drama in a recurring role on last night’s episode.

The pair (above) will have some interesting challenges to deal with in the medical drama series. Deadline revealed that the new arrival “shakes things up in Leela’s life when she comes to visit.”

The Resident airs on FOX on Tuesday nights.

What do you think? Are you excited to see what happens next on The Resident?

Sorry to say the relationship between nix and Conrad was best the show had to offer. It is rather hallow now

So what’s the deal here? It’s like… “Hey, we just lost the real star of the show, and we can’t figure out how to deal with how her husband & baby kid deal with her death… so **** it, we’ll just skip ahead three years and not deal with it at all”. Are they going to rely on flashbacks to fill in the gaps at some point? If so, I hope they don’t make that a total trainwreck like other shows have done with their time jumps (You Days of Our Lives fans know what a Devil is talking about,… Read more »

Looking forward to all the new episodes. Love this show.

Was thrown off by the time jump, but LOVE the show.