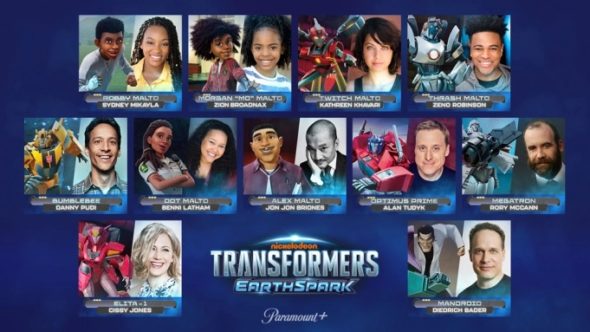 Transformers: EarthSpark has its voice cast. Paramount+ revealed the 11 actors who will voice the characters in the upcoming animated series. The streaming service also released a teaser trailer for the show which is the latest in the Transformers franchise.

Starring Danny Pudi, Alan Tudyk, Kathreen Khavari, Zeno Anderson, Sydney Mikayla, Zion Broadnax, Benny Latham, Jon Jon Briones, Rory McCann, Cissy Jones, and Diedrich Bader, the series will introduce “a new generation of Transformers robots–the first Transformers robots to be born on Earth–and together with the human family who welcomes them in and cares for them, they’ll redefine what it means to be a family.”

The new animated series will arrive on Paramount+ in November, per Deadline. Check out the teaser trailer for Transformers: EarthSpark below.

What do you think? Are you planning to watch this new Transformers animated series on Paramount+ this fall?