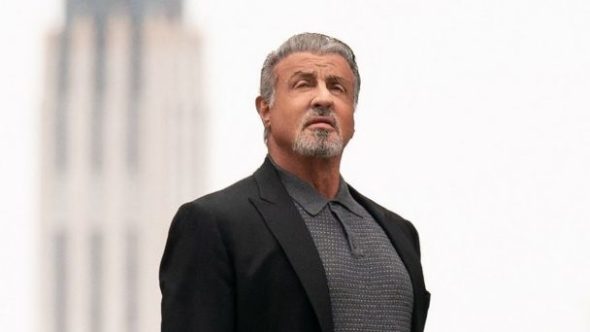 Sylvester Stallone is coming to Paramount+ in November, and the streaming service has released a trailer for the new Tulsa King series from Taylor Sheridan (Yellowstone). Also starring Andrea Savage, Martin Starr, Max Casella, Domenick Lombardozzi, Vincent Piazza, Jay Will, A.C. Peterson, and Garrett Hedlund, the series follows a mafia boss who’s forced to start over in Tulsa, Oklahoma after 25 years in prison.

TULSA KING follows New York mafia capo Dwight “The General” Manfredi (Stallone), just after he is released from prison after 25 years and unceremoniously exiled by his boss to set up shop in Tulsa, Okla. Realizing that his mob family may not have his best interests in mind, Dwight slowly builds a “crew” from a group of unlikely characters, to help him establish a new criminal empire in a place that to him might as well be another planet. The series also stars Andrea Savage (“I’m Sorry”), Martin Starr (“Silicon Valley”), Max Casella (“The Tender Bar”), Domenick Lombardozzi (“The Irishman”), Vincent Piazza (“Boardwalk Empire”), Jay Will (“The Marvelous Mrs. Maisel”), A.C. Peterson (“Superman & Lois”) with Garrett Hedlund (“The United States vs. Billie Holiday”).

Check out the teaser trailer for Tulsa King below.

What do you think? Are you excited to see Tulsa King arrive on Paramount+? Do you plan to check it out?

It should be pretty good, like Lilyhammer (fish out of water mafia guy setting up shop in the most alien place possible).