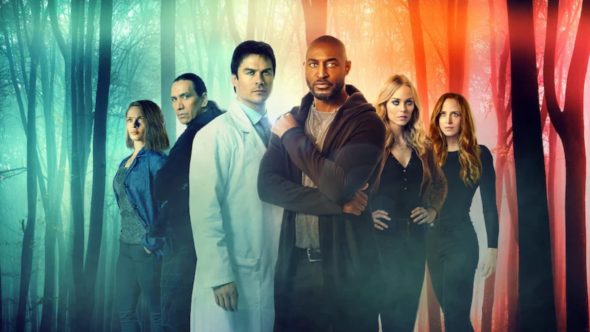 TV show description:
A sci-fi horror series, V Wars is based on the 2012 comic book by Jonathan Maberry and Alan Robinson. The show follows the story of scientist Dr. Luther Swann (Somerhalder) whose best friend, Michael Fayne (Holmes), is infected by a mysterious disease. It transforms him into a murderous predator who feeds on other humans.

As the disease continues to spread and additional people are transformed, civilization fractures into opposing camps with unaffected people pitted against the growing number of “vampires.” While Swann races against time to understand what’s happening, Fayne becomes the powerful and charismatic underground leader of these vampires.

What do you think? Do you like the V Wars TV show? Do you think it should be cancelled or renewed for another season?

I hope that Netflix changes their minds. I think a Season 2 of V Wars could finish the story and not leave us hanging and be extremely entertaining. It’s a very interesting story so I’m glad I can follow the comic book to have closure. Netflix has done some amazing series & movies so I’m always a fan but I think they dropped the proverbial ball on this one by canceling season 2.

It’s sad that an adult vampire oriented series cannot make it past a couple of seasons. It’s a shame they either have to sparkle, be a forever teen, or one that preys on them to get good ratings these days. I thought it had a good plot line that could’ve kept a rich story arc going. Unfortunately, Netflix didn’t agree…

Unfortunately I just read that Netflix has canceled V wars there’s no season 2. I am really upset about it I really liked it an now they left us hanging in the end. ☹️

I love the VWars gotta be a season 2

For a series to have unknown (at least to me) casting, really set well with me. Not boring and the acting seemed really good. Great plot which had an original feel to it.