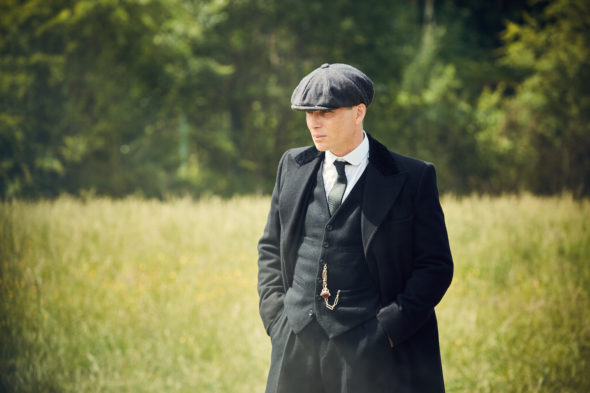 Peaky Blinders premiere season five on Netflix last week, and the man behind the series, Steven Knight, is already working on season six. Season seven is already being thought about. Nothing officially has been announced by Netflix about the future of the series, but it sounds like this series isn’t going anywhere.

Cillian Murphy and Sam Claflin star in the period drama that tells the story of the Shelby family in the time between World War I to World War II.

Knight said the following about where the Netflix series is going next, per Entertainment Weekly:

“I’m planning to keep the story going until the first air raid siren of the Second World War. Then it will be a true story of a family between the wars. That will involve season 6 and season 7. I’m pretty close to completing season 6 in terms of scripts, and then we’ll shoot that, and then I will embark on season 7. And then, if the energy is still continuing to grow, and the feeling around the world is still so positive, then we’ll think about how the story can continue in other forms.”

What could those other forms be? Knight said a movie is a “strong possibility” once season seven of Peaky Blinders wraps.

What do you think? Are you a fan of Peaky Blinders? Will you continue to watch this series?

Completely addicted! Trying not to binge so can last longer but it’s very difficult! SO glad to hear there will be seasons after 5! Best writing and drama!