Are you ready for the new season of Peaky Blinders? A new photo and story details have been released for season five of the Netflix TV show, Deadline reports.

According to Deadline, season five of Peaky Blinders will see “the world thrown into turmoil by the financial crash of 1929. Opportunity and misfortune are everywhere. When Tommy, who’s now an MP, is approached by a charismatic politician with a bold vision for Britain, he realizes that his response will affect not just his family’s future but that of the entire nation.”

The new season is currently in production. Netflix has not yet announced a premiere date, but you can take a first look below: 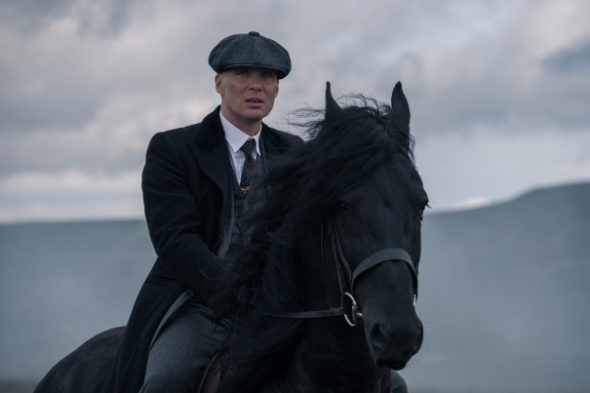 What do you think? Are you a fan of Peaky Blinders? Are you looking forward to the new season?

I’ve been waiting for Season 5 since Season 4 first ended. I am in love with this show. My oldest son and I watch it together and get so excited the day it comes on. It’s bringing a family together for a night! I’m beside myself with anticipation! Please hurry!!

Absolutely on edge waiting for season 5! The acting is so wonderful and the plot lines are really edgy.

Looking forward to it does NOT express how much I enjoy this show. Too many great performances to detail here.

Looking forward to it

I can’t wait! I’ve watched the series from the beginning and it just get better especially with it’s twists and turns. The cast are superb, it’s a shame some characters are no longer included but understandable. Cillian Murphy was the right choice as he is such a versatile and charismatic actor. As for Steven Knight – The Detectives, one of the funniest comedies ever!