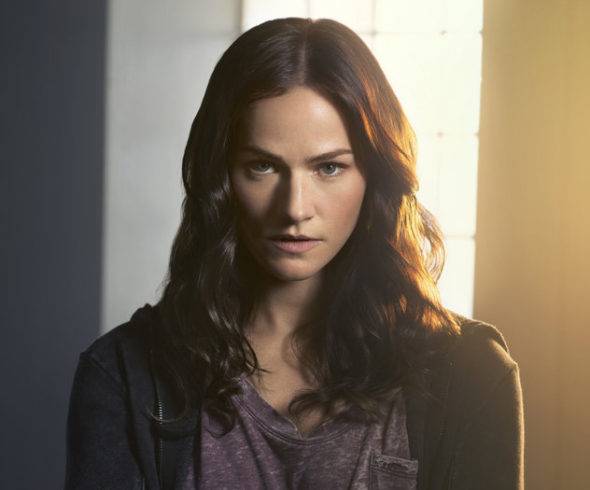 Syfy is getting ready to say goodbye to another series. The cable channel has announced that the fifth and final season of the Van Helsing TV show will debut on Friday, April 16th. There will be 13 episodes once again.

Launching in 2016, Van Helsing currently stars Kelly Overton (above), Jonathan Scarfe, Tricia Helfer, Aleks Paunovic, Kim Coates, Keeya King, Nicole Munoz, Jesse Stanley, and Jennifer Cheon. The show centers on Van Helsing descendent Vanessa “Van” Helsing (Overton), who awoke from a coma to find vampires had overtaken the world. A prime target for the vampires, she’s also humanity’s last hope with her immunity to vampires and her ability to turn them into humans. In the final season, Vanessa, Violet, and Jackrisk everything to finally bring an end to the Dark One once and for all.

Here are the press notes, as well as a poster and teaser video:

· In the fifth and final season of “Van Helsing,” Vanessa, Violet and Jack will risk everything to finally bring an end to the Dark One once and for all. The Van Helsings must figure out ways to escape and evade the various obstacles in their path to prevent them from their mission, leading to an epic final showdown between the Van Helsings and the Dark One. Who will win the battle between light and dark? 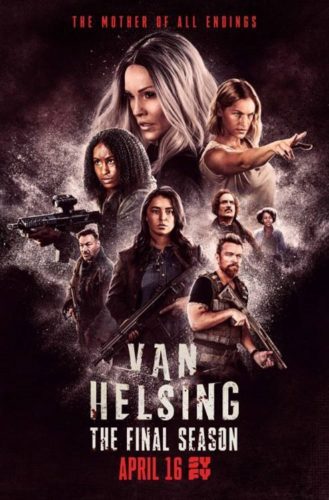 What do you think? Will you be watching the final episodes of the Van Helsing TV series? Are you sorry that there won’t be a sixth season or, does this seem like a good time to end the show?

No ! it should carry on one more season

Can not wait for this

I am saddened to see this Series also coming to an end, but what starts, must end sometime, as long that it ends with a big BANG and that our Heroes win! I hope that SYFY will find a good replacement for us SYFY nerds?

I’m disappointed that two of my SYFY favorites end this year, WYNONNA EARP and VAN HELSING.

Van Helsing has been a brilliant show, so well made and with twists and turns that could have kept the show running for years. Sad to see it coming to an end but I’m sure these brilliant actors will do it proud.