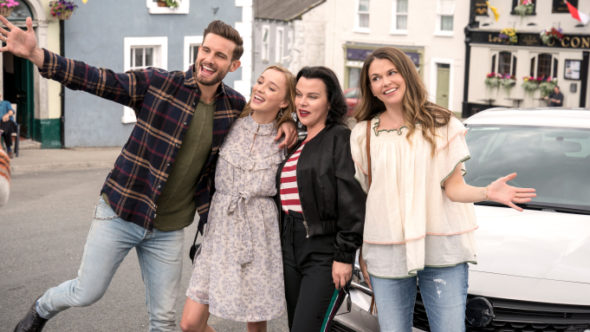 The final season of Younger finally has its premiere date. Season seven of the series will air on Paramount+ in April and a trailer has been released. Viewers will be able to see four episodes on the premiere date, and the remaining installments will arrive on Thursdays after that. The season will air on the TV Land cable channel later this year.

Sutton Foster, Hilary Duff, Debi Mazar, Miriam Shor, Nico Tortorella, Molly Bernard, Peter Hermann, and Charles Michael Davis star in the series which follows a single mother (Foster) as she portrays herself as a younger woman to land the job of her dreams.

Paramount+ revealed more about the return of Younger in a press release:

“Paramount+, the streaming service from ViacomCBS, and MTV Entertainment Studios, today announced that the seventh and final season of Darren Star’s critically acclaimed, smash-hit, Younger, will premiere Thursday, April 15. The first four episodes will be available to stream at premiere, with the remaining eight episodes dropping weekly on Thursdays. Additionally, the full season will air on TV Land later this year.

All six seasons of Younger are currently available to binge on Paramount+.

Younger follows Liza Miller (Sutton Foster), a talented editor navigating the highly competitive world of publishing while juggling the complications of mixing business with pleasure, and facing the lie she created about her age to land her dream job. In the final season, Liza’s personal life is on shaky ground as she tries to stay true to herself. After a setback at work, Kelsey (Hilary Duff) doubts her career decisions and discovers a new creative outlet. Maggie (Debi Mazar) gets cancelled.

Check out the teaser for season seven of Younger below.

What do you think? Are you excited to see the final season of Younger on Paramount+ or, will you wait for the TV Land airings?

I can’t wait for it to come on and I’m so upset this is the final season. I absolutely fell in love with this show and these actors and actresses!!!