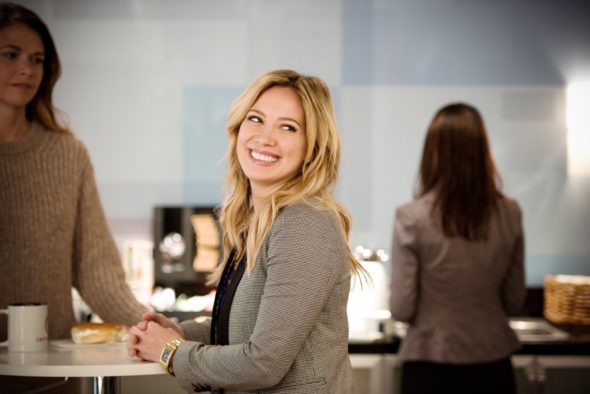 Kelsey Peters may be sticking around. Variety reports Younger creator Darren Starr is developing a spin-off for star Hilary Duff.

Duff plays Kelsey Peters on the TV Land series, which is nearing its seventh and final season. The show stars Sutton Foster as a single mother who passes herself off as a 20-something, to land a job in the publishing industry.

TV Land has not commented on the potential Younger spin-off series, but the final season of Younger is slated to debut later this year.

What do you think? Are you a fan of Younger? Would you watch the Hilary Duff spin-off?

I wish younger to continue..I love a the cast especially the 40 years old Sutton Foster and Peter Hermann..without them it would be less appealing

I have been watching this show since the beginning. The cast is amazing. So happy that there will be an ending of sorts. I would watch a spinoff with Hillary Duff.

I loved this show and in the process of moving TWICE in the last two years( pandemic) , not watching much tv , but would love a spin off.

Younger is a show that I really find entertaining & enjoyable. The characters are unique, you never know what’s going to happen & the writers keep you on your toes. Seems like it’s been FOREVER since it’s been on!

Younger is one of my favorite TV shows. The cast is very talented. Why is this the final season?

I love the series Younger and would hate to see it end but I would watch the spinoff with Hillary Duff. I look forward to watching the next season of Younger again soon!!!

Love Sutton Foster & Younger. Would probably check out the Hilary Duff show to see how it progresses.

Well, I guess this means they want to snag her while Disney screws around with the Lizzie McGuire updated series.