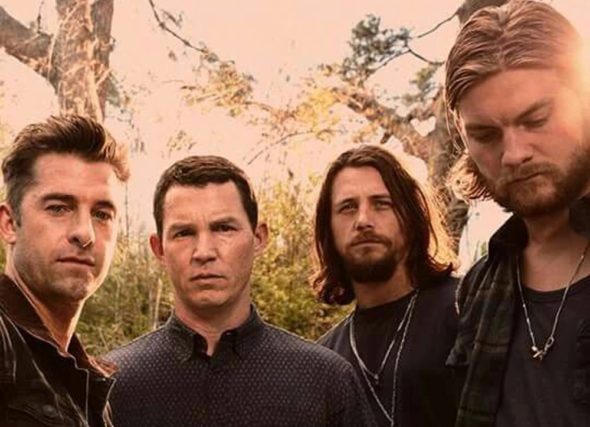 Animal Kingdom is returning later this month for its sixth and final season, and a trailer has been released by TNT. Starring Shawn Hatosy, Ben Robson, Jake Weary, Finn Cole, Sohvi Rodriguez, Leila George, and Jon Beavers, the series follows the Cody crime family as they continue on without their mother in charge.

TNT revealed more about the return of the series in a press release.

“TNT released today the official trailer for the sixth and final season of “Animal Kingdom,” premiering with back-to-back episodes on Sunday, June 19 at 9pm ET/PT. In the final season of TNT’s adrenaline-fueled family crime drama, the Cody boys discover that they can’t outrun their past. With their empire expanding, a cold case investigation sets off a series of events that puts the entire family in jeopardy. Revenge, betrayal, and a reckoning with long forgotten violence leads to an explosive conclusion six seasons in the making.

“Animal Kingdom” is produced by John Wells Productions in association with Warner Bros. Television. Emmy(R) winner John Wells, Daniele Nathanson, Erin Jontow, Nick Copus and Bradley Paul serve as executive producers on the series. “Animal Kingdom” was developed for television by Jonathan Lisco and inspired by the award-winning Australian feature film written & directed by David Michôd and produced by Liz Watts, who also serve as executive producers on the series.”

Check out the trailer for Animal Kingdom season six below.

What do you think? Will you be sad to see Animal Kingdom end on TNT? Did you want the series to continue for a seventh year or, is this a good time to wrap it up?

Love the show. Keep it going!!

Would love for it to continue, just wish Smurf was still in it. What happened to her granddaughter?

Great show. I want it to keep going. I have watched it from the first episode and look forward to each show. I will be unhappy when it is over.

I would absolutely love for them to continue Animal Kingdom for 7th and 8th season plus.. I love this show i have rewatched all the seasons again and it was just as good as the first time. . PLEASE TNT KEEP ANIMAL KINGDOM GOING

I think it should keep going also, it is a good story and there is more to tell

They should keep making it until people tire of it. TNT will not have any good scripted shows left. Makes me want to to get rid of the channel!