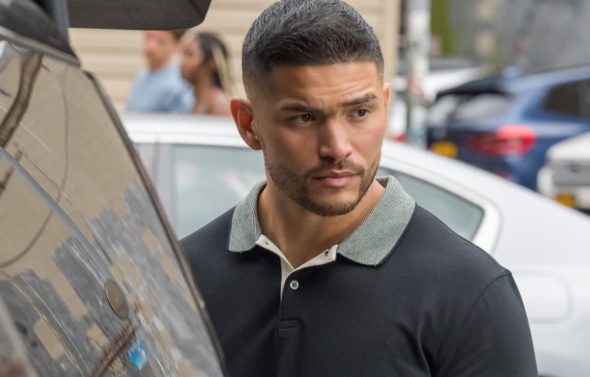 FBI: Most Wanted is losing another member of its cast. Miguel Gomez will not return for the upcoming fourth season of the procedural series. He joined the Dick Wolf drama during season two and played Special Agent Ivan Ortiz.

A procedural drama, FBI: Most Wanted is a spin-off of the FBI TV series. In addition to Gomez, the show stars Dylan McDermott, Alexa Davalos, Roxy Sternberg, and Keisha Castle-Hughes. The story focuses on the work of the Fugitive Task Force, a team that tracks and captures the notorious criminals on the Federal Bureau of Investigation’s Most Wanted list. The highly skilled agents function as a mobile undercover unit that’s always out in the field, pursuing those who are most desperate to elude justice.

Deadline revealed the following about the Gomez’s departure from the CBS drama:

“The recent Season 3 finale provided a suitable ending to the arc of Ortiz, a former LAPD Gang Unit officer born and raised in Los Angeles who, after a stint with the FBI’s counter-terror unit in Washington, DC, joined the team that tracks down the country’s most wanted fugitives. In the finale, which aired last week, Ortiz returned to Los Angeles to take care of his ailing father.”

This fall, FBI: Most Wanted will return for its fourth season on Tuesday nights on CBS. The series has already been renewed for a fifth year (the 2023-24 season).

What do you think? Are you sad to hear that Gomez has left the FBI: Most Wanted TV series?

We are loosing too many on this show. Soon there will be no one left. These were 2 of my favorites

I am really sad to see him leave because I really enjoyed his character. It seems they keep losing actors on this show. He is a really good actor and I will miss him.

Between these stars who get on a good show, and leave for other creative endeavors I won’t bother watching their new show to just watch them leave that show when they get bored and the networks canceling good shows, today’s TV sucks.

Hate to see him go. He was a great addition to this cast. Hope to see him in something new in the near future.

So sorry to see him go! The cast diversity was a good part of the show! Good luck to him!

Neutral about him leaving. Love Dylan, Julian was too wooden, and do much Botox face barely moved.

Why oh why??? Too many of the good ones are leaving. He fit in really well.

Yes, I am sorry to see him go. I watch this program all the time and hate it when one of the characters drop out of the show.

I am sorry to see him go, as far as I’m concerned he is too new to drop out so soon, we were beginning to get use to him after Kellen Lutz was dropped. This is a good series. We will miss them for sure. McDermot is a good replacement for J. McMahon. Hope the right combination of characters is put together before the whole series is dropped.

Yes Miguel Gomez was the only reason I watched the show him and Kellan Lutz Now there is no reason to watch this show.

Please do not leave Miguel. I loved your character!

I’m a bit sad to see Miguel Gomez leave the show. I’ll still watch it. Dylan McDermott is a better actor than Julian is so I wasn’t sad to see him go. I never cared for Julian’s character’s background story with his family. Do you know who will be replacing Gomez?

I enjoy FBI the most, although agent Bell is killing a good career by constantly leaving. Her stand in is one boring actress to put it mildly. Most Wanted required change from the beginning. Pathetic acting, casting. I was pleased to see Dylan M. replace Julian.