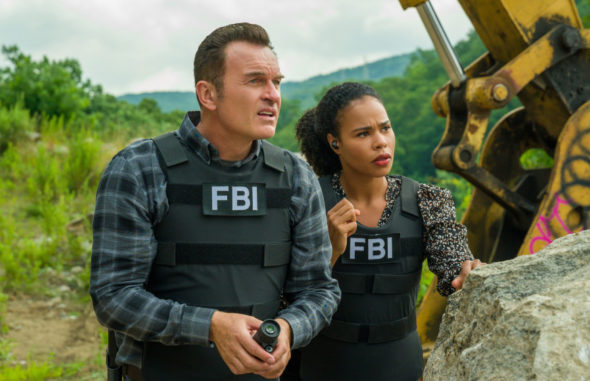 The FBI: Most Wanted series has been a solid performer for CBS since its debut and its ratings have outperformed longer-running shows. Now, the network has devoted its entire Tuesday night schedule to the series in the FBI franchise. Will this move negatively or positively affect the ratings? Will FBI: Most Wanted be cancelled or renewed for season four? Stay tuned. Status Update Below.

A procedural drama, FBI: Most Wanted is a spin-off of the FBI TV series. The show stars Julian McMahon, Alexa Davalos, Roxy Sternberg, Keisha Castle-Hughes, Miguel Gomez, and Dylan McDermott. The story focuses on the work of the Fugitive Task Force, a team that tracks and captures the notorious criminals on the Federal Bureau of Investigation’s Most Wanted list. The highly skilled agents function as a mobile undercover unit that’s always out in the field, pursuing those who are most desperate to elude justice. Jess LaCroix (McMahon), a seasoned but enigmatic agent, oversees the team which includes forensics expert Sheryll Barnes (Sternberg); computer and hacking whiz Hana Gibson (Castle-Hughes); undercover pro Ivan Ortiz (Gomez); and Navy veteran and cold-case expert Kristin Gaines (Davalos).

For comparisons: Season two of FBI: Most Wanted on CBS averaged a 0.54 rating in the 18-49 demographic and 5.97 million viewers.

What do you think? Do you like the FBI: Most Wanted TV series on CBS? Should it be cancelled or renewed for a fourth season?

Dylan McDermott was a much different character than the departed Jess, but after I got used to not immediately seeing McDermott as Stabler’s diabolical nemesis on ORGANIZED CRIME, I realized he brought a much more complex and complicated and charismatic presence to head the team than Jess.. In my opinion, the most questionable character is played by Alexa Davalos. In my 75 years, I can’t think of even one other series character on any show who has never shown an iota of emotion, verbally or physically, week after week after week. The total lack of empathy and compassion, combined with… Read more »

Whos next abandoning this ship?

After Tuesday’s episode I’m not sure if I will stay with it. I really enjoy the LeCroix clan and I am DEFFINATELY NOT A DILLON MCDERMOTT FAN!!

I was shocked at the ending of the last show! Not sure if I want to continue watching.

I love this show! A little worried about it after readling (and seeing) that Julian is gone. However, I hope I get a chance to see how they introduce a new character.

Sadly after tonight’s episode this show was taken off the recording schedule.

FBI most wanted I believe is at the top of my best, it is a series that one of my top 3 FBI shows. I give it a two thumbs up.

Dick Wolf is a genius and I will watch any and all of his shows.