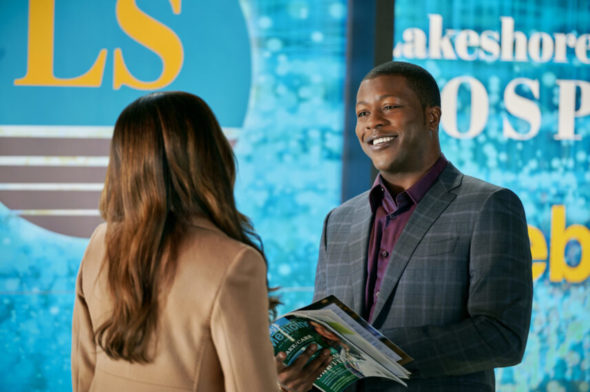 FBI: Most Wanted has made an addition to its cast. Edwin Hodge (Good Sam) is joining the CBS series following the exit of Miguel Gomez in June. In addition to Gomez, the Tuesday night show has also seen the departures of Julian McMahon and Kellan Lutz within the past year.

Starring Dylan McDermott, Alexa Davalos, Roxy Sternberg, and Keisha Castle-Hughes, FBI: Most Wanted follows the FBI’s Fugitive Task Force. Created by René Balcer and produced by Wolf Entertainment, the show is the first spin-off of the FBI series and launched in January 2020.

Hodge will join the series as “Ray Cannon” during the upcoming fourth season of the crime drama which will debut on September 20th.

Deadline revealed more about the new character on the CBS series:

“Ray Cannon transferred to Remy Scott’s (Dylan McDermott) team from the FBI’s Violent Crimes office in Albany. He started his career in New Orleans as a cop-turned-junior detective, then graduated at the top of his class at Quantico last year, following in his retired FBI agent father’s footsteps.”

What do you think? Are you excited about the return of FBI: Most Wanted this fall?

Excited to see what he brings to series

I enjoy all 3 FBI shows, but FBI Most Wanted is my favorite! So yes, it makes me happy to see that they have renewed all 3 of them!

I enjoy all 3 of the FBI shows, but this one probably less than the others. Maybe because of the frequent cast changes. I still like it and have my box set to record all 3 every week.

Renew…that series is my favorite, something I love watching with my grandchildren…love love love it

Tired of Dylan coming in to save the day. He’s coming off as a jerk. There is no ensemble.

I am excited for fbi most wanted season 4