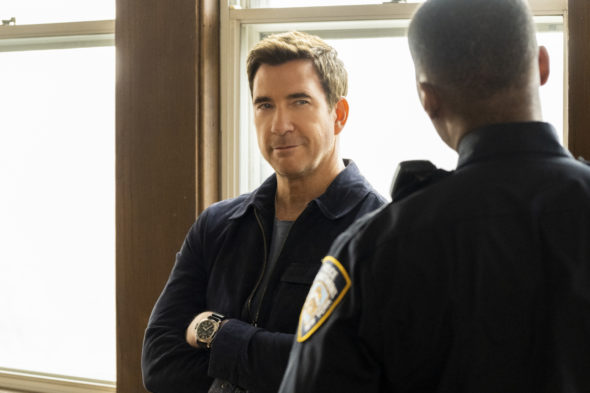 Fugitives will continue to be hunted down during the 2022-23 and 2023-24 television seasons. CBS has renewed the FBI: Most Wanted series for both a fourth and a fifth season. The third season will finish airing on May 24th.

A procedural drama, FBI: Most Wanted is a spin-off of the FBI TV series. The show stars Dylan McDermott, Alexa Davalos, Roxy Sternberg, Keisha Castle-Hughes, and Miguel Gomez. The story focuses on the work of the Fugitive Task Force, a team that tracks and captures the notorious criminals on the Federal Bureau of Investigation’s Most Wanted list. The highly skilled agents function as a mobile undercover unit that’s always out in the field, pursuing those who are most desperate to elude justice. Remy Scott (McDermott), an FBI Supervisory Special Agent, oversees the team which includes forensics expert Sheryll Barnes (Sternberg); computer and hacking whiz Hana Gibson (Castle-Hughes); undercover-pro Ivan Ortiz (Gomez); and Navy veteran and cold-case expert Kristin Gaines (Davalos).

Airing on Tuesday nights, the third season of FBI: Most Wanted averages a 0.53 rating in the 18-49 demographic and 5.67 million viewers in the live+same day ratings (includes all DVR playback through 3:00 AM). Compared to season two, that’s down by 8% in the demo and down by 2% in viewership. FBI: Most Wanted is one of the higher-rated drama shows when stacked against other CBS TV shows in the traditional numbers.  In the live+7 day ratings, the season averages a 0.88 demo with 8.85 million viewers, picking up 66% and 56% respectively in delayed viewing.

Check out our CBS status sheet to track the Tiffany network’s new series pickups, renewals, and cancellations. You can find lists of cancelled shows here.
What do you think? Have you been watching the FBI: Most Wanted TV series on CBS? Are you glad that this drama has been renewed for a fourth and a fifth season?

I enjoy it as Dylan McDermott is a good replacement. But I would prefer the most wanted to fit the bill rather than being characters that could easily fit in with the regular FBI show. I want to see the ones that you would see on a most wanted list.

This is premature. Dylan McDermott has not established himself yet as a successful replacement for Julian McMahon.
Plus, losing count of the number of times 1 of the 4 other agents no shows for an episode.

Get rid of Alexa Davalos!! She doesn’t belong on this type of show. She’s more suited for a Lifetime movie. She is ruining this show!