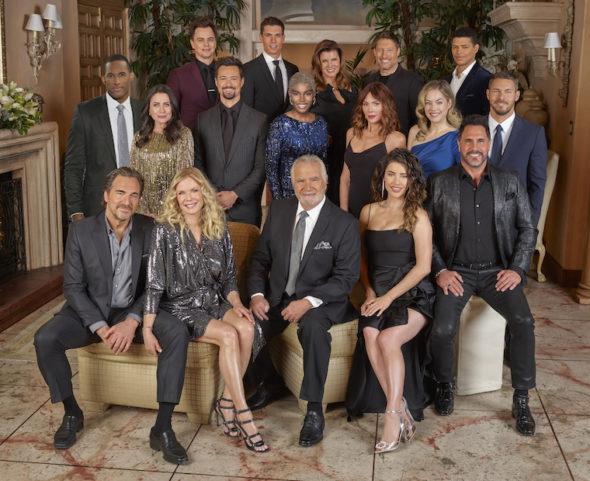 The youngest of the four remaining network soap operas will continue at least through the 2023-24 television season. CBS has renewed The Bold and the Beautiful TV series for two more years — seasons 36 and 37 of the drama.

The current 35th season is averaging a 0.34 rating in the 18-49 demographic with 2.92 million viewers in the live+same day ratings. Compared to the 34th season, that’s down by 11% in the demo and up by 3% in viewers. It’s the second-highest-rated soap, behind CBS’ The Young and the Restless.

“THE BOLD AND THE BEAUTIFUL” CELEBRATES 35 YEARS ON CBS AND A TWO YEAR RENEWAL, THROUGH THE 37TH SEASON!

In addition, CBS announced today that the series has been renewed for two more years, through the 2023-2024 broadcast season.

Since its CBS premiere on March 23, 1987, the series has won 100 Daytime Emmy Awards and is the most-watched U.S.-produced daytime drama in the world, airing in 100 countries, with millions of viewers around the globe. Also, on Thursday, March 24, 2022, (1:30-2:00 PM, ET/12:30-1:00PM, PT), B&B will air a special standalone episode dedicated to Brooke Logan and five of her true loves. Fan favorites and former cast members Jack Wagner, who played Nick Marone from 2003-2012, and Winsor Harmon, who played Thorne from 1996 to 2016, return for this can’t-miss episode. John McCook, Don Diamont (Bill Spencer) and Thorsten Kaye (Ridge Forrester) will also be featured.

What do you think? Have you kept up with The Bold and the Beautiful TV show? Are you glad that this CBS series has been renewed for two more seasons?

Wow impressive been around 1987 premiere first came out feel like longer than this.