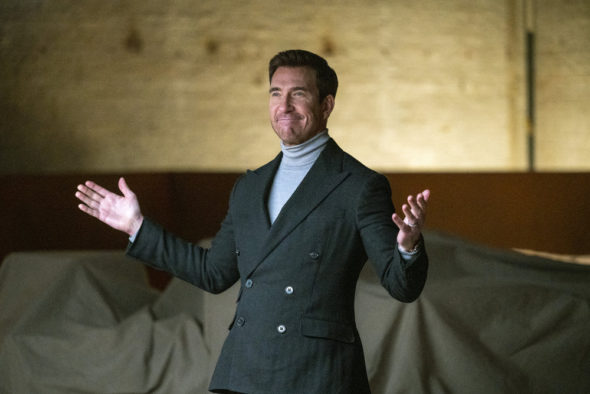 McDermott has appeared on Wolf’s Law & Order: Organized Crime as mobster Richard Wheatley since the start of the NBC series. He was a series regular in the first season, but he signed on as a recurring member of the cast for season two.

His time on the NBC series will wrap before he joins FBI: Most Wanted. McMahon’s final episode will air on March 8th. McDermott’s first appearance on the CBS series will run at some point in April. No details were revealed about his role, but McDermott will play a new character.

FBI: Most Wanted airs on Tuesday nights on CBS.

What do you think? Are you excited to see McDermott on FBI: Most Wanted? Will you miss seeing his character on Law & Order: Organized Crime?

I don’t like Dylan McDermott…please can’t you find someone more like Jess? I will no longer be watching. I will still watch FBI & FBI International though.

I will no longer be watching FBI: MOST WANTED either I HATE they killed off Jess’s character. Why? Why would they do this? I just will NEVER watch ANY of the FBI PROGRAMS!!!!!!! This show is going to start falling in views!!!!!!

I will miss Dylan McDermott on Law & Order Organized Crime. His character is so evil & he plays him well! I will start watching FBI Most Wanted when he stars on it. He is a great actor who never disappoints!

Will no longer watch.

NO NOT McDermott!! yuck

I will not be watching anymore. I do not think that Dylan would be a good replacement. As a person who watched L&O so soon before he now plays a good guy. It won’t work for me!! While Dylan is a good actor there are plenty of others out there that would have been better at this time!.