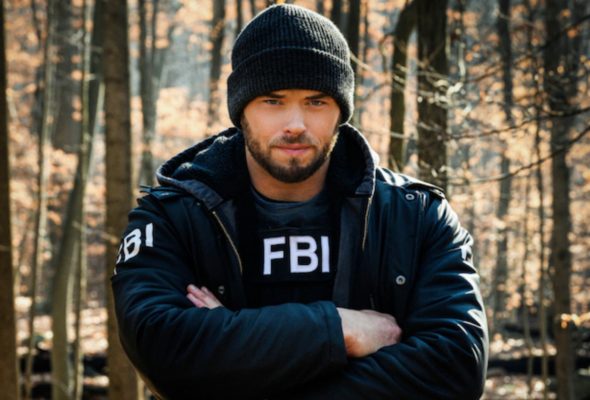 A series regular has departed FBI: Most Wanted following its third season premiere on CBS. Kellan Lutz shared a message with his fans on social media soon after the episode aired on the East Coast.

Lutz has played Special Agent Kenny Crosby on the CBS series and his character was critically wounded in the season premiere. Needing a long recovery, Crosby decided to return home to his parents in Oklahoma. Lutz decided to leave the show to focus on his family but expressed the hope that viewers haven’t seen the last of Crosby.

“Wow. What a night! And yes, you saw that correctly, Crosby won’t be chasing down any bad guys for a little while.

2020 was a lot for everyone to say the least. For me it started with losing my first daughter, then nearly my wife, and both grandfathers among other things, all in the middle of a global pandemic on the opposite side of the country from my family, friends, and entire support system.

If 2020 taught me anything it’s how important family truly is. After a lot of prayer and reflection I made the difficult decision to move my growing family back to CA so our daughter could grow up with her grandparents, aunts, uncles, and cousins, just a short drive away.

CBS, Dick Wolf, UniversalTV, and the entire FBI: Most Wanted team have been beyond supportive, understanding, and heard me out as I worked through feelings and emotions in regards to this decision. One thing that I kept hearing over and over when I booked this job was how much of a family Dick Wolf shows are, and that couldn’t be more accurate. They’ve supported me in the lows and celebrated with me in the highs and I will forever be grateful for everything they’ve done for me.

I will miss the show, my costars, production, and most importantly my character Kenny Crosby, who is named after one of the grandfathers I lost earlier this year, but I have so much peace knowing I made the right decision for my family.

Much love to all you amazing fans!!!!”

FBI: Most Wanted is a part of the FBI franchise night which airs on Tuesday night.

What do you think? Are you surprised or disappointed by Lutz’s exit from the CBS drama? Are you hoping that his character returns in the future?

I HAVE BEEN A FAN OF ALL THREE OF THE FBI SERIS. I’LL HAVE TO ADMIT, WHEN YOU KILLED OFF JESS, YOU KILLED THE SHOW. He was the star. I feel that the writers are loosing site of the audience, and are forgetting why people watch action dramas. Not for the dramas but for the action. Most could care less about their love life, unless it is catching a subject that killed a family member. You might want to pass it on, the female supervisor that plays on FBI International needs to forget her modeling training. the way she walks… Read more »

I am blown away by losing Jesse tonight! I didn’t really believe it!! And Kenny too!! Ohh well another one bites the dust!

Great show. I hope it stays around for a long time. I’ll miss Kenny.

Was that him, or did they get a look alike?
It did not look like him. He really gained a lot of weight if it was him.

If any actual law enforcement agencies had the turnover rate of a Dick Wolf cop series, they would never catch a single criminal.

Very sorry he’s leaving, enjoyed his character but admire him for having the courage to walk away from the money to concentrate on his family – something money can’t buy. Condolences for loosing your family members and hoping you find peace away from the spotlight.

I am so sorry he’s leaving But even more so for the losses he experienced during 2020. May God bless him and his family during this time of change & grief.

Very disappointed he is leaving. I understand family comes first. Glad he may make guest appearances, and may come back later.

So disappointed. Good sign is they didn’t kill his character on the show. So, there’s hope we will still be seeing him in the future. I’m keeping my fingers crossed.

He will be missed but he certainly has made the right decision for his private life & family.

So disappointed! All the good people are leaving. Still love the show,