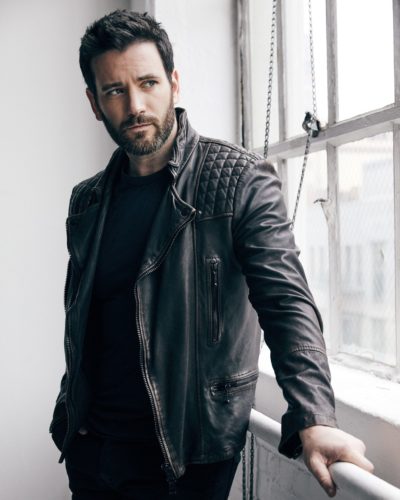 Peacock revealed the following about the plot of Irreverent:

“IRREVERENT is a fish out of water drama that follows criminal mediator Paulo Keegan as he flees the United States after a mediation gone wrong and assumes the identity of Reverend Mackenzie “Mack” Boyd.  “Mack” (Paulo) finds himself trapped in Clump, Australia – a small, eccentric beach town hundreds of miles away from civilization and phone reception. In order to stay alive, “Mack” must keep the wool over the town’s eyes and play the role of devoted Reverend, while desperately searching for an exit strategy before his past catches up to him.”

More was revealed about the cast and the roles they will play in a press release.

“COLIN DONNELL (Chicago Med, Arrow) will play Mack/Paulo, a skilled and articulate mediator who keeps the peace between organized crime families in Chicago. After a mediation goes badly wrong, “Mack” flees to a remote beach town in tropical Australia where he is forced to assume the identity of a Reverend in order to stay ahead of the people who want him dead.

PJ BYRNE (The Boys, Big Little Lies) will play Mackenzie Boyd, a church Reverend in Chicago who never ruffles any feathers. Devastated by his wife leaving him before their relocation to Australia, Mackenzie meets Paulo on the flight over and runs off with his money in a bid to inject some adventure into his predictable life. Mackenzie will start to lean on his new “buddy” Mack for support during an existential crisis and his deep feelings of loneliness.

KYLIE BRACKNELL (Redfern Now, Black is the New White) will play Piper, a gifted cop who has recently returned to her home town after a successful start to her career in the city. Back to the beach, back to the rainforest and back to her old boyfriend Aidan who is thrilled she’s in town again. Piper manages her work with ease, but she is beginning to suspect that the new Reverend perhaps isn’t exactly what he appears to be.

BRIALLEN CLARKE (The Heights, Doctor Doctor) will play Amy, Piper’s childhood best friend who misses her and what they used to have. Amy is an engineer at the local sugar mill, and the face of the organized protest fighting for her worker colleagues. Amy and Mack become close, as she becomes someone he can talk to – about some things. Amy wants her friendship with Piper back, but it’s going to take a lot to get it.

TEGAN STIMSON (The Tailings) will play Daisy, a local teenager whose mum recently died and dad is in prison. She lives in the Manse with Mack, and she quickly becomes his key confidant and unlikely partner in crime.

ED OXENBOULD (Wildlife, The Visit) will play Cameron, a teenager who is best mates with Daisy. He would help anyone out, for any reason, any time. Cameron has a passion for car engines, which gets him in trouble now and then.

WAYNE BLAIR (Mystery Road, Rams) will play Peter, a local dentist who is devoutly religious and has been campaigning for a new Reverend for years. He has a wife at home with Multiple Sclerosis who he’s trying to help in all the wrong ways.

RUSSELL DYKSTRA (Rake, Romulus My Father) will play Lester, proprietor of the local bar and soulmate of Amy’s father Victor. He wants to bring wealth and prosperity to Clump via tourism, but he’s the only one who doesn’t know he’s delusional.

CALEN TASSONE (The Heights, Red Dog: True Blue) will play Harry, Piper’s brother and best mates with Aidan. As the local barman, he knows virtually every secret in Clump, and is increasingly concerned by the chemistry he sees between Piper and Mack.

JASON WILDER (The Portable Door, Great White) will play Aidan, a Clump local. Totally alluring and lovely, he is back in a relationship with Piper after a few years while she lived in the city and he adores her. He’s a self-taught marine biologist, naturally gifted, runs tours on the reef and lives aboard his book-laden boat.”

What do you think? Do you plan to watch Irreverent on Peacock?

At this point, I am not sure.