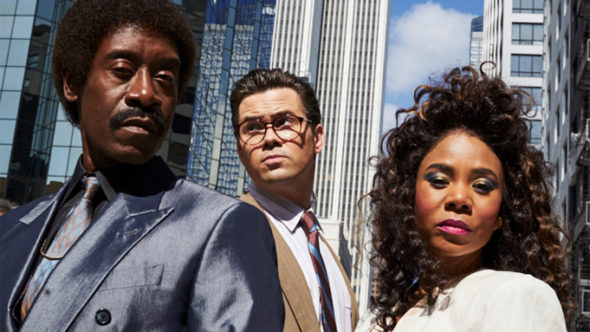 Black Monday is back! Showtime just released a new teaser for the TV show’s season two return later this month.

The comedy-drama centers on the lead-up and aftermath of the 1987 Wall Street crash. The cast includes Don Cheadle, Regina Hall, Paul Scheer, and Andrew Rannells.

What do you think? Are you a fan of Black Monday? Are you excited for the new episodes?

I have just finished watching season 2 and it’s a good one with a few glaring issues.

Words like ‘dope’ are being shown that would not have been in vogue back then and at times it spoils the show because it shows a lack of 80’s authenticity.