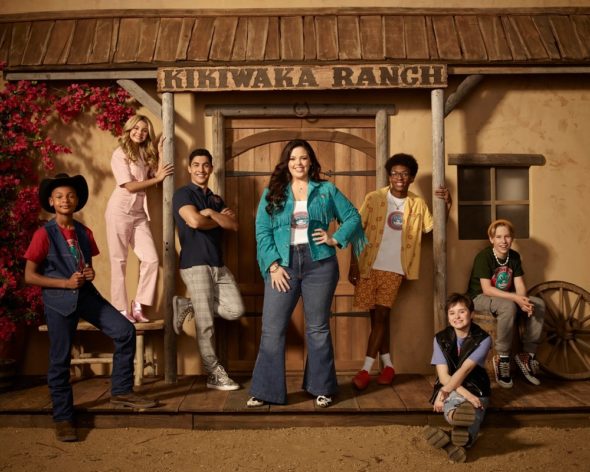 Disney Branded Television announced today that a seventh season of the beloved hit comedy series “BUNK’D” has been given a greenlight. The seventh season renewal makes the hit series the longest-running live-action Disney Channel series. “BUNK’D” continues to perform for the channel as one of the top 10 live-action series among kids 6-11 years old. Series regulars Miranda May (Lou), Trevor Tordjman (Parker), Mallory James Mahoney (Destiny), Israel Johnson (Noah), Shiloh Verrico (Winnie), Luke Busey (Jake) and Alfred Lewis (Bill) are all set to return. Erin Dunlap will remain as executive producer and showrunner of the series in addition to May, who will continue her season six appointed role as executive producer while also directing select episodes.

Charlie Andrews, executive vice president of Live Action and Alternative Series at Disney Branded Television, said, “‘BUNK’D’ has been a defining series for Disney Channel, and its loyal fans keep coming back year after year for the laughs, entertainment and adventure they know and love. We are looking forward to another season set in the Wild West full of more outrageous stories and hijinks with our stellar cast of characters. Erin Dunlap, our fantastic showrunner, has taken this series to new levels, and we are thrilled that she will continue at the helm of the network’s longest-running live-action series.”

Season six of “BUNK’D: Learning the Ropes” will air a holiday-themed episode on Friday, Dec. 2, with new weekly episodes returning in January 2023. Set in Dusty Tush, Wyoming, Lou, Parker, Destiny and Noah have been working double time to get the new Kikiwaka Ranch up and running, learning new ranch skills, acquainting themselves to the townsfolk and welcoming their new campers. It’s been a bumpy start, but campers Bill, Winnie and Jake have loved their time at summer camp. In addition to perfecting his cowboy skills, Bill is discovering his fellow campers may be just as fun to hang out with as herding cattle. Winnie is learning to reign in her thrill-seeking needs, and Jake is realizing how exciting real-life can be away from video games. Meanwhile, counselors and campers band together to hunt for a mysterious treasure that is said to be hidden somewhere on the ranch.

“BUNK’D” is executive produced by Dunlap, May, David Booth, Valerie Ahern and Eric Schaar and was created by Pamela Eells O’Connell. Jason Shubb serves as producer. The series carries a TV-G parental guideline.

What do you think? Are you excited to see more of Bunk’d on the Disney Channel?

Why? This been so long they lost any new content. It’s just past it’s prime.cancel

No offense ,but, it seems like Disney Channel is running out of ideas because this show just gone downhill.