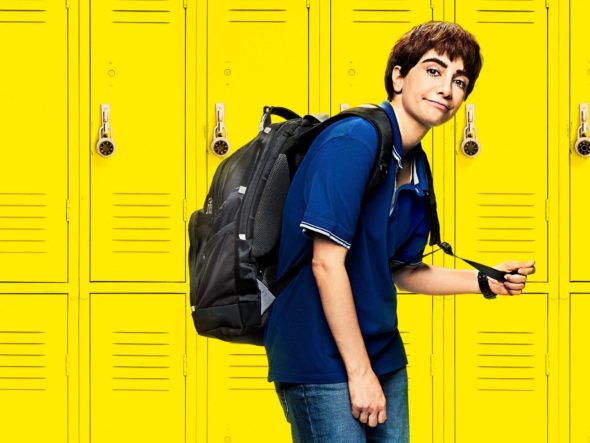 Chad is coming back to the small screen. Roku has picked up the cancelled TBS comedy series. The show’s second season was cancelled just hours before it was to begin airing on TBS. Season two of Chad will now air on Roku Channel, but a premiere date has not been set.

Pedrad both created and stars in the series, and she released a statement about the series being picked up by The Roku Channel. Pedrad said the following, per Variety:

“On behalf of myself and the incredible team that put such hard work and passion into creating ‘Chad,’ I’m thrilled to share that the second season of this story will be told on its new home, the Roku Channel,’ Pedrad said in a statement. “So much of my heart is infused in this show. While I feel conflicted celebrating anything right now as the people of my homeland are in the midst of a revolution against an oppressive regime, I’m grateful to have a platform where I can talk about it. I’m grateful to be part of a diaspora of Iranians, all from various sectors, utilizing their reach and resources to help amplify the voices of the Iranian people. And I’m especially grateful to be promoting a show that portrays an Iranian American family from a place of humor, humanity, and empathy — something I had longed for growing up.

The unwavering support and enthusiasm of the Roku Originals team has been incredible. I really look forward to working with them and I can’t wait to finally share this season with our loyal fans.”

Colin Davis, head of scripted originals at Roku, also spoke about the series:

“The Roku Channel is committed to championing creativity and fostering great storytelling. ‘Chad’ is a story years-in-the-making that deserved to be told. We’re thrilled to be partnering closely with Nasim and her team to bring the next chapter of this exceptional series both to existing fans, as well as sharing it for the first time with new audiences, on the Roku Channel.”

A premiere date for Chad season two will be announced later by Roku.

What do you think? Are you excited that Chad is coming back to the small screen? Were you disappointed when the show was dropped by TBS?

So excited! I was so bummed when TBS dropped and have been following any news just hoping for this announcement. I have no idea how to watch Roku TV but I will find a way. I know this show is not for everyone, but if given a chance, it is funny and can be appreciated on multiple levels. Congrats to Nasim Pedrad and the entire Chad production team.

Picked up by Roku? Why? Bizarre, unappealing show.

And I’m not disappointed it was dropped by TBS

Good for the crew and everybody, but I’m still not interested in watching this.