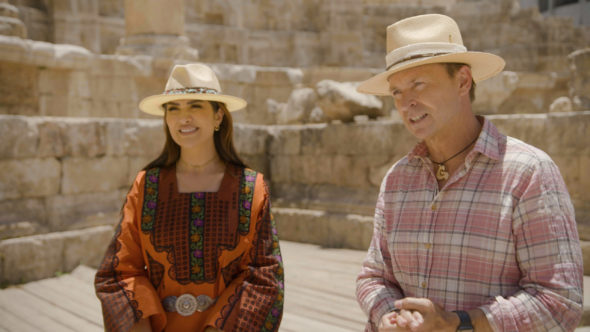 Season 34 of The Amazing Race is currently airing on CBS on Wednesday nights. Now comes word that production has quietly begun on season 35, per Reality Blurred. Though the network has not officially announced a renewal for the reality competition series, filming for season 35 began earlier this week in Mexico. No details about the cast of season 35 have been released as yet.

Currently, The Amazing Race airs at 10:00 PM on Wednesday nights, following the freshman series The Real Love Boat. The 34th season of The Amazing Race averages a 0.34 rating in the 18-49 demographic and 2.52 million viewers. Compared to season 33, that’s down by 44% in the demo and down by 32% in viewership in the live+same day ratings (includes DVR playback through 3:00 AM). The sharp decline in ratings could be attributed to, at least in part, the later timeslot and because Amazing Race airs after the lower-rated Real Love Boat.

A premiere date for season 35 will be announced later, but the series may return this spring.

What do you think? Are you excited to hear that another season of The Amazing Race will air on CBS?

Lets go! Thank you! I love that show.

One of the very small number of reality shows that is (mostly) worth watching…. though i’m a little bored of all the wanna be social media ‘celebrities’ who keep appearing, just put on normal every day people whose life isn’t all about an insta moment….. also, how does a tv network expect a show to perform well when the time slot is basically almost the middle of the night. I mean come on CBS, its not like your schedule is full of other quality riveting drama or shows is it?

Completely agree about the casting. The more average, everyday people the better. No need for all the “hooks” or specialty teams, nor the inclusion of contestants from other CBS reality shows. They already had their opportunity. Still, Bertram, Elise, Phil & crew make this a great show despite the casting shortcomings.

Best reality show out there. Time slot should be moved.