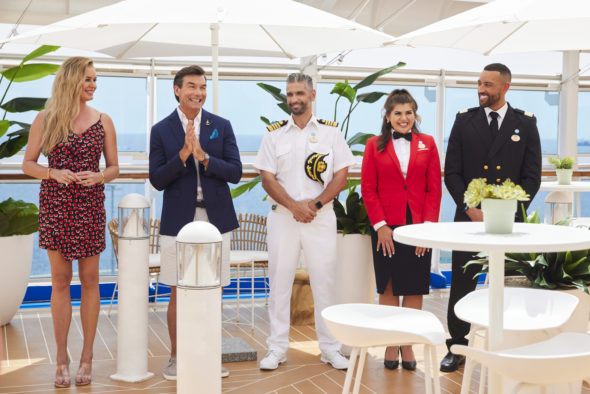 This new series brings singles together on a real ship, the Regal Princess, on a cruise through the Mediterranean. They enjoy a life of luxury while looking for love.  Couples’ compatibility and chemistry are tested by destination dates, challenges, and the addition of new singles.

As in the scripted series, members of the crew play pivotal roles in the matchmaking and navigation of the romantic (and sometimes turbulent) waters ahead. They include the captain (Arrigo), cruise director (Mitchum), and bartender (Freeman).

After nearly a month at sea, only one winning couple will dock in the final port and take home a cash prize as well as a once-in-a-lifetime trip courtesy of Princess Cruises.

What do you think? Do you like the The Real Love Boat TV show? Do you think it should be cancelled or renewed for another season?