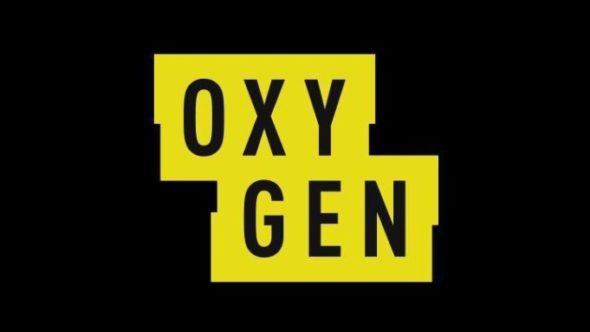 Oxygen is setting up its programming for this summer and next season. The cable channel has renewed nine existing true-crime shows for new seasons. They are Cold Justice, 911 Crisis Center, Living with a Serial Killer, Floribama Murders, Killer Relationship with Faith Jenkins, New York Homicide, The Real Murders of Atlanta, The Real Murders of Orange County, and Accident, Suicide or Murder.

Oxygen revealed more about the new arrivals and returning shows in a press release.

“Oxygen, the home of high-quality true-crime programming, is bolstering its slate with several new shows, including “Black Widow Murders,” featuring stories of women luring victims into grisly deaths for wealth, lust and power; “Manifesto of a Serial Killer,” in which one heartbroken woman’s search for her missing brother unravels a disturbing tale of homicides and abuse; and “Sleeping with Death,” the dramatic and twisted tales of murders committed while a partner, lover, friend or family member sleeps nearby – or even right next to – the victim.

Following the summer 2022 premiere of “Living with a Serial Killer” season two, Oxygen’s fall lineup will feature multiple returning shows. These include new episodes of Dick Wolf’s “Cold Justice,” in which prosecutor Kelly Siegler and her team of detectives investigate unsolved homicides in small towns, and season two of “911 Crisis Center,” which immerses viewers in the high-stakes world of a Cleveland-area emergency call center. In addition, “Floribama Murders” returns for its second season and “Accident, Suicide or Murder” returns for season four.

Returning for season two in 2023 are “The Real Murders of Atlanta,” portraying unbelievable homicide cases of gentrified Southern dynasties, hip-hop hustlers and the flashy nouveau riche in the metropolitan mecca, “Killer Relationship with Faith Jenkins,” investigating complex relationships from their sweet beginnings all the way through to their bitter endings; and “New York Homicide,” in which NYPD Retired Chief of Detectives Robert K. Boyce dives deep into some of the worst murders in the city’s recent history. Season three of “The Real Murders of Orange County,” which delves into the most horrific, sinful and salacious cases that rocked Southern California’s coastal community, also returns in 2023.

Oxygen is on pace to rank as the #1 cable network in length-of-tune for the third consecutive year, outpacing its next competitor by more than 40%. In addition, Oxygen is this year’s second-fastest-growing top-30 cable entertainment network among total viewers.

“Black Widow Murders” features unique stories of diabolical women who turn society’s assumptions about the “fairer sex” upside down – luring their victims into gruesome deaths for wealth, lust or power. Whether it’s a career con artist, serial divorcee or homemaker leading a secret double life, these cases offer seductive power fantasies where women take control in the most violent way imaginable. They won’t stop until investigators finally bring them to justice.

This unique event series unboxes the lost life’s work of the enigmatic Dr. Carlisle and his hundreds of hours of never-before-heard recorded interviews with the likes of Ted Bundy, Arthur Gary Bishop, Hi-Fi Killers and Manny Cortez. Each episode will zero in on the twisted thoughts of a killer and the chilling insights Dr. Carlisle pulled from their minds. Dr. Carlisle’s inner circle will work with detectives, using his recordings and research to bring to light new clues in these notorious cases.

“The First Mindhunter” is produced by Ample Entertainment and Motiv8 Media.

“MANIFESTO OF A SERIAL KILLER” – PREMIERES 2022

One woman’s heartache and determination to find her missing brother leads to the stunning discovery of one of the most chilling serial killer cases in history. In a riveting character-led narrative full of unimaginable twists and turns normally reserved for fiction, detectives discover two depraved men who killed at least 25 people in pursuit of their macabre sexual fantasy to enslave young women at a remote cabin in the woods, and who documented their horrifying crimes. All these years later, mystery still swirls around the facts of this case and the possible involvement of a third person, whose story the show will seek to uncover.

“Manifesto of a Serial Killer” is produced by Bungalow Media + Entertainment.

From 1994-2004, more than 36 women are brutally murdered in Baton Rouge, La. With more than 26,000 leads and a dozen false arrests, investigators struggle for more than a decade until the evidence finally shows there have been three different murderers stalking the bayou at the same time.

A compelling edge-of-your-seat new series, “Sleeping with Death” recounts some of the most bizarre and crazy murders in which someone wakes up to a dead body. Although the night before brought calmness and ease, the morning can sometimes bring panic, deception and blood. Was it the person sharing a home with the victim? Or was there a mysterious visitor in the middle of the night? With access to lead investigators, key witnesses and those closest to the victim, the series will uncover the secrets and truth behind each twisted murder.

“Sleeping with Death” is produced by Texas Crew Productions.”

Oxygen will announce premiere dates for their 2022-2023 programming later.

What do you think? Are you a fan of the programming on Oxygen? Are you looking forward to watching any of the new or returning shows?