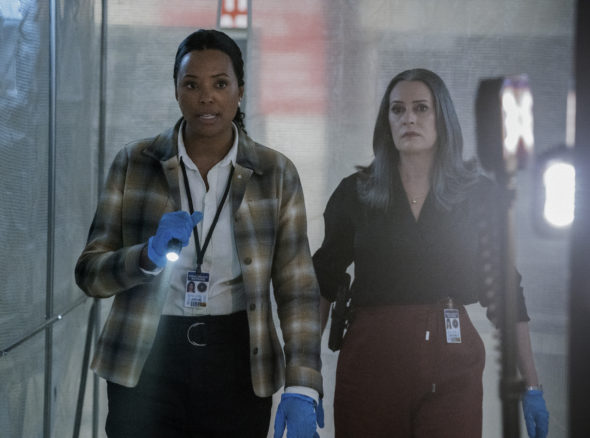 A Paramount+ crime drama series, the Criminal Minds: Evolution TV show is a sequel to the Criminal Minds series and stars Joe Mantegna, A.J. Cook, Kirsten Vangsness, Aisha Tyler, Adam Rodriguez and Paget Brewster with Zach Gilford, Josh Stewart, and Nicole Pacent recurring. In the story, the FBI’s elite team of criminal profilers come up against their greatest threat yet — an UnSub who has used the pandemic to build a network of other serial killers. As the world opens back up and the network goes operational, the team must hunt them down, one murder at a time. Returning characters include David Rossi (Mantegna), Jennifer “JJ” Jareau (Cook), Penelope Garcia (Vangsness), Tara Lewis (Tyler), Luke Alvez (Rodriguez), Emily Prentiss (Brewster), and Will LaMontagne Jr. (Stewart).

My favorite show! You need to bring it back “ permanently “ on CBS!!
And maybe The other fine actors will jump on board… esp if you pay them enough! Please bring it back permanently not got just 10 episodes!
Thank you for asking, Sue