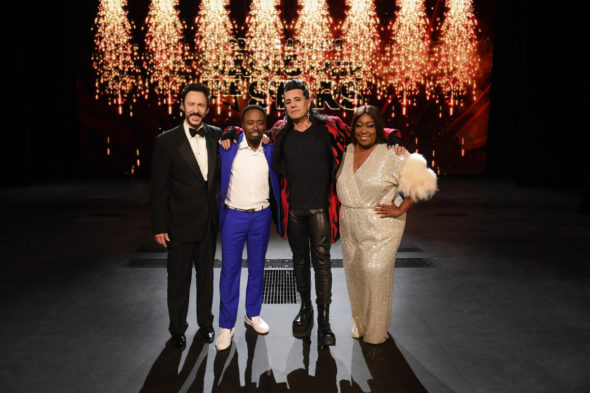 TV show description:
A competition reality series, the Criss Angel’s Magic with the Stars TV show is hosted by Eddie Griffin and is judged by Criss, Loni Love, and Lance Burton.

In each episode, two celebrities train with professional magicians and compete to create a show-stopping series of magic performances. The celebrity competitors are tasked with mastering three major categories of magic, which they perform in front of a team of judges led by magician Criss Angel.

Only the highest-scoring celebrities will be invited back for the season finale, where they will compete for the golden wand.

What do you think? Do you like the Criss Angel’s Magic with the Stars TV show? Do you think it should be cancelled or renewed for another season?