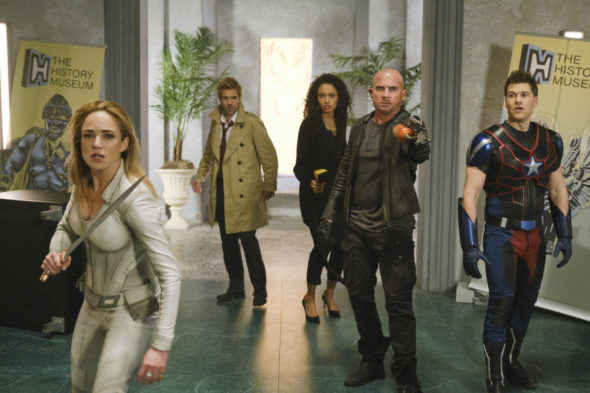 The Legends better keep the Waverider gassed up and ready to go. The CW has renewed the DC’s Legends of Tomorrow TV series for a seventh year, which will air as part of the 2021-22 television season (September 2021 through August 2022).

The sixth season will air at some point during the current 2020-21 season. According to a now-deleted Instagram post from Dominic Purcell, there will be 14 episodes. Filming reportedly began in October and is expected to finish in May. Given the uncertainty of the current pandemic, it’s conceivable that the cast and crew may keep working and bank some season seven episodes.

What do you think? Are you a fan of the DC’s Legends of Tomorrow TV show? Are you looking forward to season six and season seven?

I am a huge fan of DC Legends of Tomorrow and I am delighted that Avalance will continue into, at least, Season 7. I would love for Charlie to guest star.