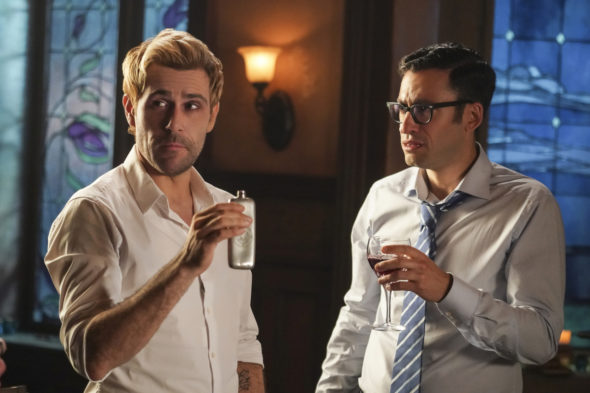 DC’s Legends of Tomorrow is getting ready to start production on its sixth season, and another casting change has been made. Adam Tsekhman (above, right) has been promoted to be a regular member of the cast. He’s appeared as Gary, Ava’s (Jes Macallan) assistant, in The CW superhero series since the third season.

TV Insider reported that during the upcoming sixth season, he will become a full-fledged legend, and his origin story will be explored, described as “more bizarre than you would imagine.”

Shayan Sobhian was previously promoted to series regular over the summer and Lisseth Chavez has joined the crew.

A premiere date for season six of DC’s Legends of Tomorrow has not yet been set, but it will arrive in early 2021.

What do you think? Are you a fan of this superhero series? Will you watch season six of DC’s Legends of Tomorrow on The CW? Are you excited to see more of Gary?

I like the series and the mixture of new events and humor. Some of the DC Superhero series that carry the same basic story-line for a year, can get dull. You never see that in the comics or Graphic novels.

I hope it get cancelled tired of dc comics too many shows on air the CW channel. So happy getting rid of Supergirl only watch 1 time awful didn’t like use to Smallville is the best show ever never can replace it.

He’s already been on for 3yrs–he wasn’t a “regular” already? He’s had major parts to play–to me, “Gary” already is a so-called “regular”! Duh!

I can’t wait to see what happened in the six seasons. Good luck with the new season.